In New York, there are a few things you can always rely on, including the amazing fireworks show over the Hudson River, the festive department store window displays, and the fact that, if a subway vehicle is empty at rush hour, it probably doesn't have air conditioning.

That last one isn't so much a yearly occurrence as it is New York's interpretation of Murphy's Law, but you get the idea.

Locals in New York know that the yearly celebrations our city is famous for only improve with time. So why not plan your journey around one?

Where Should You Go In New York City? 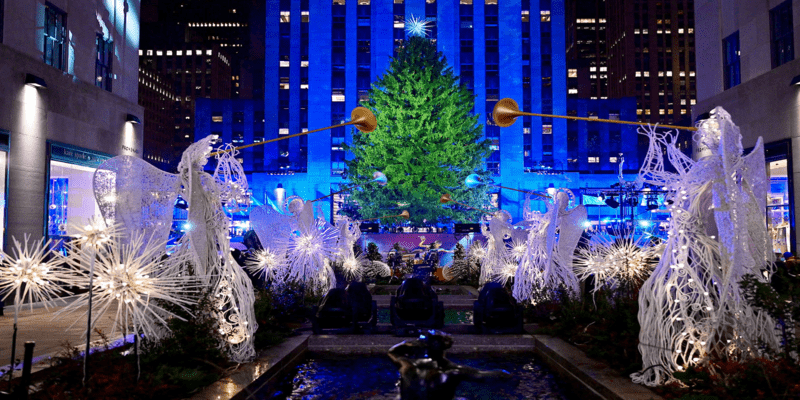 Seeing a huge Buzz Lightyear floating over Times Square is enjoyable for everyone.

Booking a hotel room in the city with a view of the parade could help you skip the line-up (like the Millenium Broadway, for example).

The American Museum of Natural History blows up the balloons the night before the procession, which provides another opportunity to see them up close.

The annual tree lighting at Rockefeller Center, which features performances by stars as huge as the one at the top of the tree, is the other major event that ushers in the holiday season in New York City.

Even if you miss the lighting, you can still see the tree throughout Christmas. While you're at Rockefeller Plaza, take a spin on the outdoor rink or climb to the top of the Rock.

Of course, New Year's Eve in Times Square is the main event of the holiday season. Every year on December 31st, a million people from all over the world attend this enormous street party to witness the renowned Waterford Crystal ball descend.

Thousands of sailors descend on the streets of New York each year for Fleet Week, which gets out with the Parade of Ships in late May.

The New York International Auto Show at the Jacob Javits Center also hosts a variety of yearly activities in the spring.

Ship excursions, military displays, and free Broadway shows at the Intrepid Sea, Air, and Space Museum are the events taking place this week.

The third and final leg of the US Triple Crown Thoroughbred horse racing event, the Belmont Stakes, is held in June.

Open, which, at the end of August, invites tennis enthusiasts to adjacent Queens for five separate event titles over two weeks.

In addition to being parade season, the summer months in New York City also mark:

The largest cultural event in the city attracts close to 3 million people to celebrate Caribbean culture.

No matter when you visit, there's always something exciting happening in New York City. The city has cultural attractions, world-class shopping, and a great food scene.

Take a look at the list of things-to-do in NYC below and see for yourself what all the fuss is about! From iconic tourist destinations to hidden gems, there's something for everyone in this vibrant city.