Six Fun Things to Do in NYC at Night

Whether you're visiting New York City on vacation or you live in the Big Apple all year round, you won't go short of things to do in one of the greatest cities in the world.

From experiencing an escape room to taking a helicopter tour to enjoy the Manhattan skyline after dark, this is our guide to the best things to do in NYC at night.

Have a Laugh at a Comedy Club Many of America's finest comedians cut their teeth on New York's comedy scene before appearing on shows like Saturday Night Live and propelling themselves to stardom.

There are several excellent comedy clubs dotted around NYC. Gotham Comedy Club and Greenwich Village Comedy Club are two of those where you can see the next Eddie Murphy or Bill Hicks.

Cheap tickets are usually available to be in the studio audience of The Late Show with Stephen Colbert. Filming takes place at the Ed Sullivan Theater between 5:30 pm and 7 pm. The city also hosts several other late-night chat shows. One of the easiest ways to see the best of NYC at night is to go on a bus or river tour around the city.

Take a night bus tour through the streets of midtown Manhattan after dark and take in the Empire State Building, One World Trade Center, Times Square, and other New York landmarks.

Alternatively, take yourself off dry land and spend a few hours enjoying a night cruise down the East River and Hudson River. Explore New York Harbor, and head under the Brooklyn Bridge, Manhattan Bridge, and George Washington Bridge while seeing the bright lights of NYC at night.

Other options include taking a dinner cruise through New York's waterways. Or get the ferry to explore Coney Island or Ellis Island and use the Staten Island Ferry for excellent nighttime shots of the New York skyline.

Take in a Game Sport is a massive part of the fabric of New York City, with the big four leagues well represented in the city.

The Giants compete in the NFL, usually playing on a Thursday or Sunday night. At the same time, NHL-side Rangers play at Madison Square Garden, and city rivals, the Islanders, play at the UBS Arena on Long Island.

The best sporting experiences in NYC at night are a visit to the Yankee Stadium to watch the famous Yankees in MLB or a visit to watch the New York Knicks compete in the NBA. There are few better ways to experience NYC at night than going on foot and exploring the city after dark.

If you want an expert eye to help you on your way, head out on a guided walking tour of the city to add some context to your nighttime sightseeing. Those interested in the supernatural will love exploring the spooky side of NYC with a ghost tour.

Go to a Show or Exhibition Culture is a massive part of life in the Big Apple, and the range of shows and exhibitions offers something for people of all ages.

Have dinner, head off to a Broadway Show, or put on your glad rags and head to the world-renowned New York City ballet. Music fans will find the city awash with live music venues, from hip hop to indie, from jazz to the New York Philharmonic Orchestra.

If you're looking for something more cerebral, the city's museums and galleries often have evening exhibitions. The Space Museum, Metropolitan Museum, and Whitney Museum are well worth exploring. At the same time, the Museum of Modern Art includes works by Warhol, Picasso, and Cezanne.

Take in the View

One great way to gain a new perspective of NYC is to view the city skyline from a height. Enjoy panoramic views across the night sky as New Yorkers go about their business below.

The One World Observatory lets you take in the sky at night. At the same time, the observation deck from the Rockefeller Center offers spellbinding 360-degree views of the city lights. This is particularly popular at sunset, so be prepared to have to jostle for position during sundown hours.

Elsewhere the Magic Hour Rooftop Bar on top of Times Square at the Moxy offers a relaxed playground for adults to have a fun night. Enjoy a range of cocktails while gazing across Lower Manhattan and the Lower East Side for the perfect midnight moment. 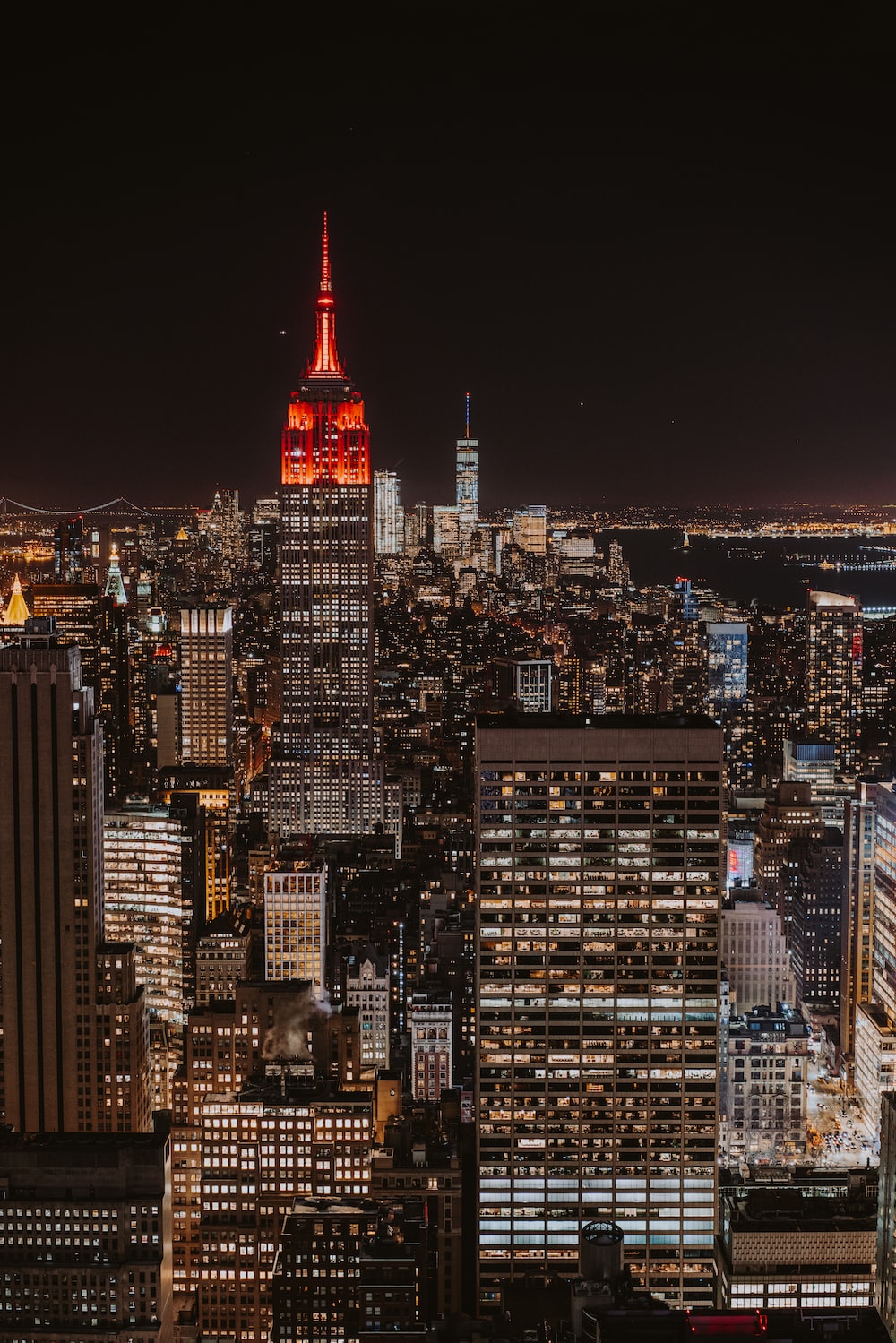