You'd be wrong if you assumed that Manhattan is home to several of the country's best restaurants would be enough for New Yorkers. We are so passionate about eating that we constantly look for new things to try.

Therefore, New Yorkers are making plenty of room in their calendars for several food festivals that celebrate everything from the humble hot dog to pairing fine wines with gourmet foods prepared by your favorite celebrity chefs in the Spring while the rest of the country obsesses over having a beach-ready body.

And if you're planning a trip to New York City this spring or summer, make room on your schedule for one of these delectable events. 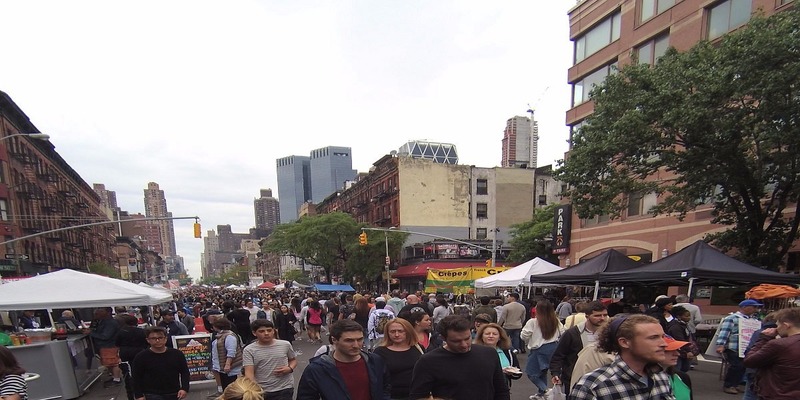 The variety and caliber of the food you will discover in this West Side Manhattan neighborhood are divine, so don't let the label "Hell's Kitchen" mislead you.

Ninth Avenue has become renowned for its wide variety of delicious international cuisines in the past twenty years.

The Ninth Avenue International Food Festival, which takes place the weekend after Moth er's Day each year near the end of May, allows you to experience the best foods on the avenue, from Chantale's Cajun Kitchen's spiciest gumbo to the chorizo sandwiches from Esposito Pork Shop.

Naturally, you need to do something while chowing down on all that delectable cuisine, so the fair offers a wide variety of live entertainment, such as belly dancing from Egypt, German folk dancing, and Arabian scarf dancing.

A fantastic approach to whet your hunger before choosing what to eat is to exercise a little. Take advantage of the nearby Bike and Roll site in Battery Park on Pier A.

Additionally, you may experience Southern-inspired cuisine prepared by some of the best "pitmasters" in the nation, including those from Texas, North Carolina, and Alabama, at the Big Apple Barbecue Block Party in Madison Square Park.

If your belt still fits, this is your chance to sample some of the best cuisine featured on New York's renowned "Restaurant Row" between Broadway and Ninth Avenue on 46th Street.

There, among others, you can experience delectable food from some of New York City's most well-known eateries, including Junior's, Barbetta, B.B. King Blues Club and Grill, Ruth's Chris, Havana Central, Firebird, Carmine's, Toloache, Virgil's Real BBQ, and Le Rivage.

Therefore, why not plan your trip to one of Times Square's top attractions—like Madame Tussauds Wax Museum or Ripley's Believe It Or Not Times Square—around a delectable tasting of the city's best cuisine? 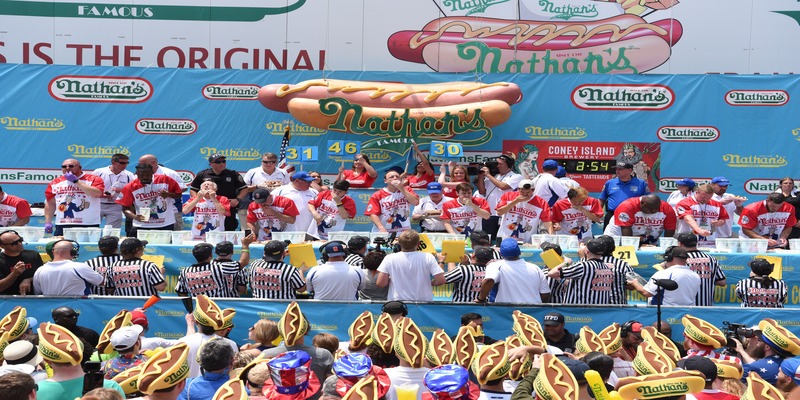 The hot dog is almost a symbol of New York, and on July 4th each year, Nathan's Famous International Hot Dog Eating Contest promises to be the city's most extreme food-related event

Since 1916, this international occasion has been held on July 4th and is streamed live on ESPN. To see the stomach-stretching feats of athletes like American Joey Chestnut, who holds the record for eating 68 hot dogs in 10 minutes, an estimated 40,000 people travel to Coney Island. 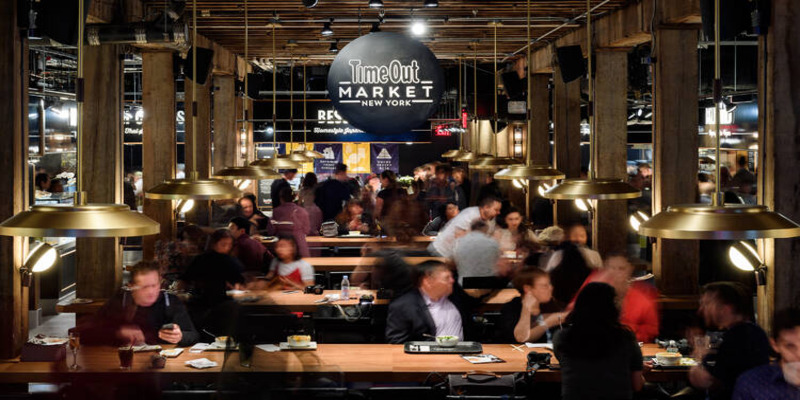 New Yorkers and tourists alike yearn to sample the city's most coveted cuisine at reasonable prices twice a year.

Restaurant Week typically lasts longer than seven days and occurs twice a year in January/February and June/July. During these times, everyone has the opportunity to visit a restaurant that might otherwise be out of their price range.

Up to 300 partner eateries are spread throughout the city and offer a three-course lunch for just $24.07 and dinner for $35.

While the eating selections may change yearly, you can be sure that many of the city's best restaurants will be open for a few weeks of reasonably priced meals. 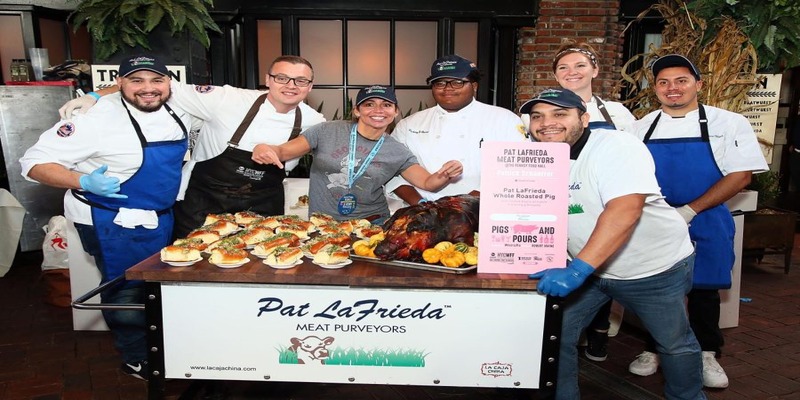 The Food Network's Wine & Food Festival in the fall is another of the city's m ost eagerly awaited new food events.

So whatever your preferences, one of New York's many cuisine festivals is sure to satisfy them. It's a shame that there are just three meals each day.

If you're looking for more places to eat in New York City, check out these: