Given that New York City is referred to as "the city that never sleeps," it stands to reason that the night is just as busy and full of attractions, events, and entertainment for all tastes as the day.

Whatever you choose to do, you will have a wide range of possibilities and options.

There is plenty of glitzy, jazzy, and steamy after-dark action in New York. When the sun sets, it is one of the nicest places on earth to feel completely alive.

Even throughout the day, New York is constantly buzzing with activity. However, as darkness falls, a different kind of energy wave strikes the metropolis.

New York City is constantly alive with activities and events. Brooklyn's nightlife is more relaxed and easygoing than Manhattan's, which is upscale and sophisticated.

There are many other ways besides clubs to see New York, which is a vibrant city, in a fresh light. 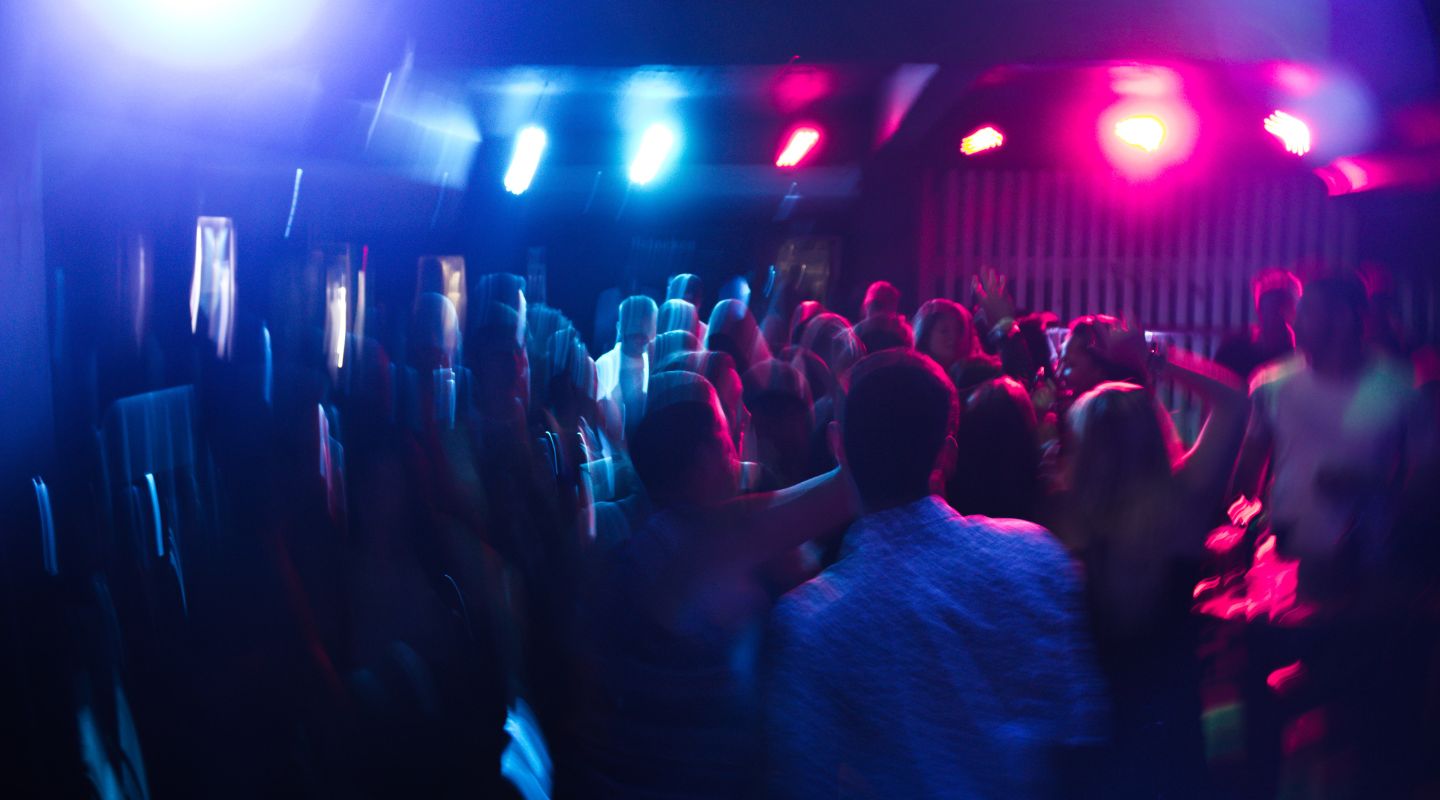 When you are in a bustling metropolis like New York, why dance and consume alcohol in a single nightclub?

If going to different clubs is one of your favorite activities, you can sign up for this tour, which will provide you a 5-hour VIP nightclub experience.

You can arrive at the New York nightclubs in a Mercedes, skip the line like a VIP, have a table reserved ahead of time, and get free drinks at each club.

Experience what it's like to be a real celebrity in the most populated city on earth. 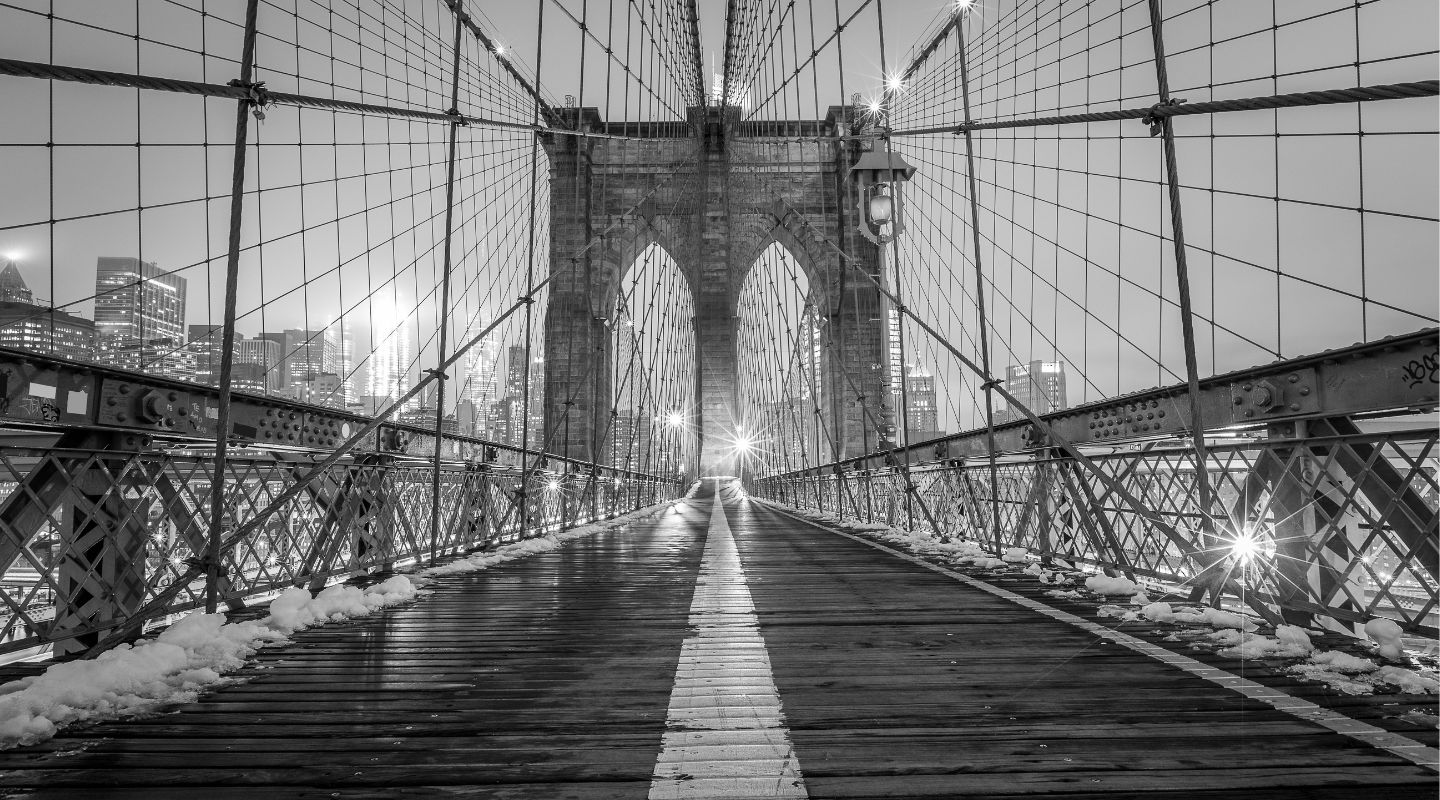 Do you enjoy all things creepy and supernatural? In New York City, you must participate in the ghost tours.

The recognizable Brooklyn Bridge conceals a number of sinister mysteries and dark secrets beneath its enormous allure and aesthetic splendor.

Your spine will chill when you take a walk through New York City's shadowy, ominous streets.

Who knows, when meandering through the streets of New York City, you might run with the spirits of a notorious criminal, a young girl, or someone else.

It is among the most exciting ways to take advantage of New York's nightlife. Possibly make you shiver as well. 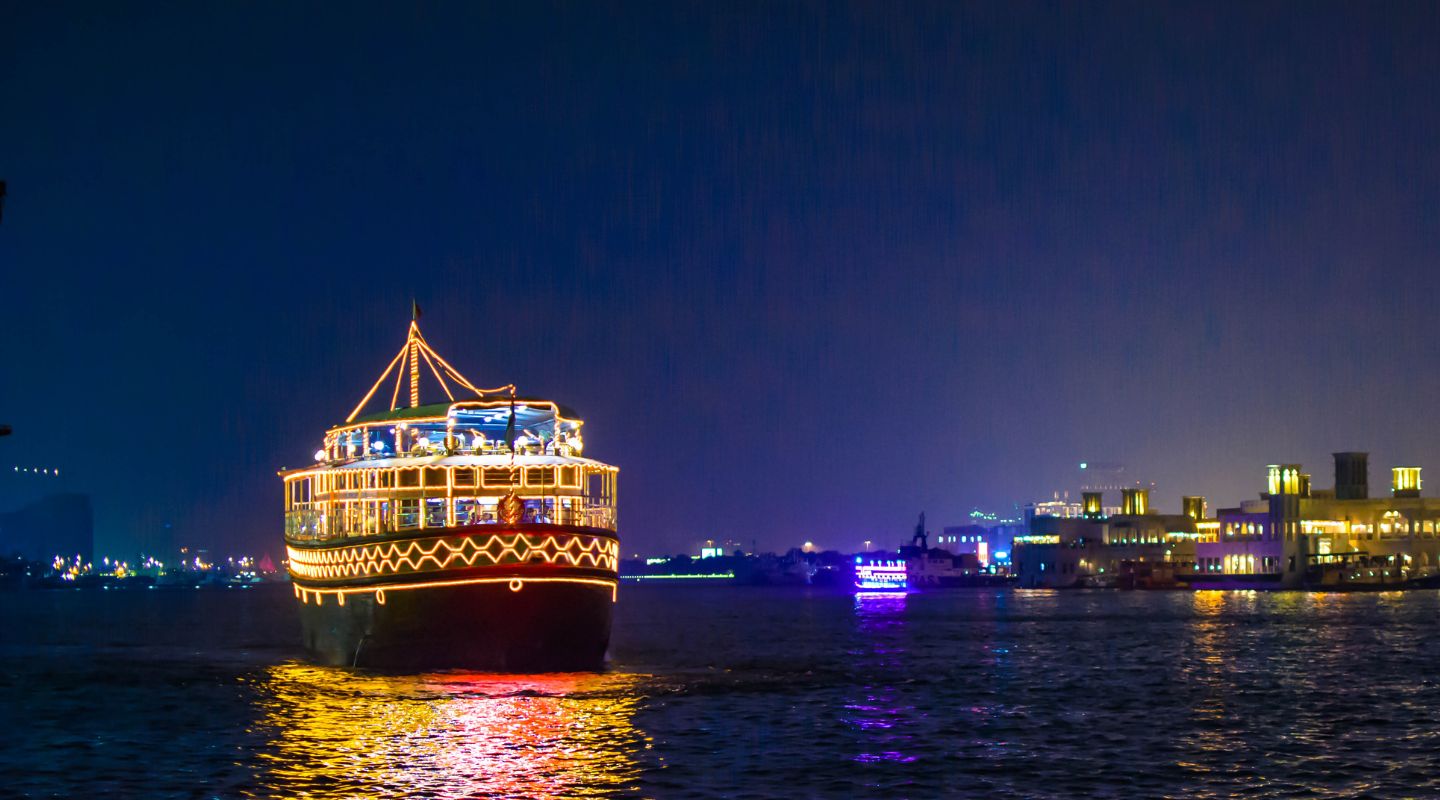 There are many more activities you can engage in in New York besides drinking and clubbing.

On a cruise across New York Harbour , where you can take in the breathtaking vistas of the Manhattan skyline, you can see New York City in a completely new light.

The Statue of Liberty, the Empire State Building, and the Freedom Tower of the World Trade Center are all passed by the buoyant and upbeat cruise.

It's a fantastic way to take in the vibrant city's sights while also participating in its humming New York nightlife. On the ship, unwind, sip beverages, socialize, and dance until the sun goes down. 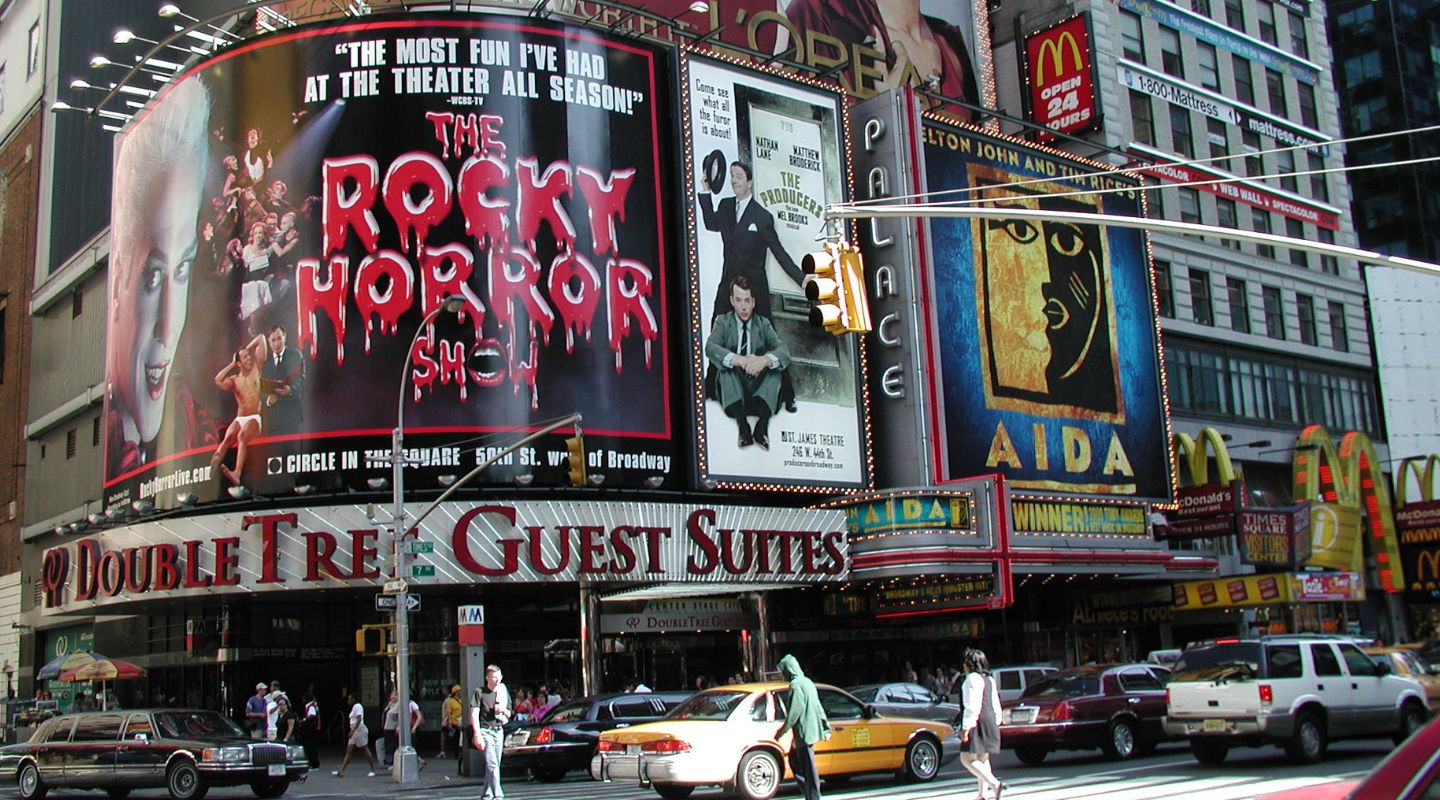 Theater and Broadway are synonymous with New York. Visitors from all over the world swarm to one of the theaters close to Times Square to enjoy some theater and the arts.

There are numerous Broadway plays , musicals, and productions to pick from, many of which have even received numerous awards.

If you are not in the mood to become drunk and wasted, it is a terrific way to spend an evening in New York. 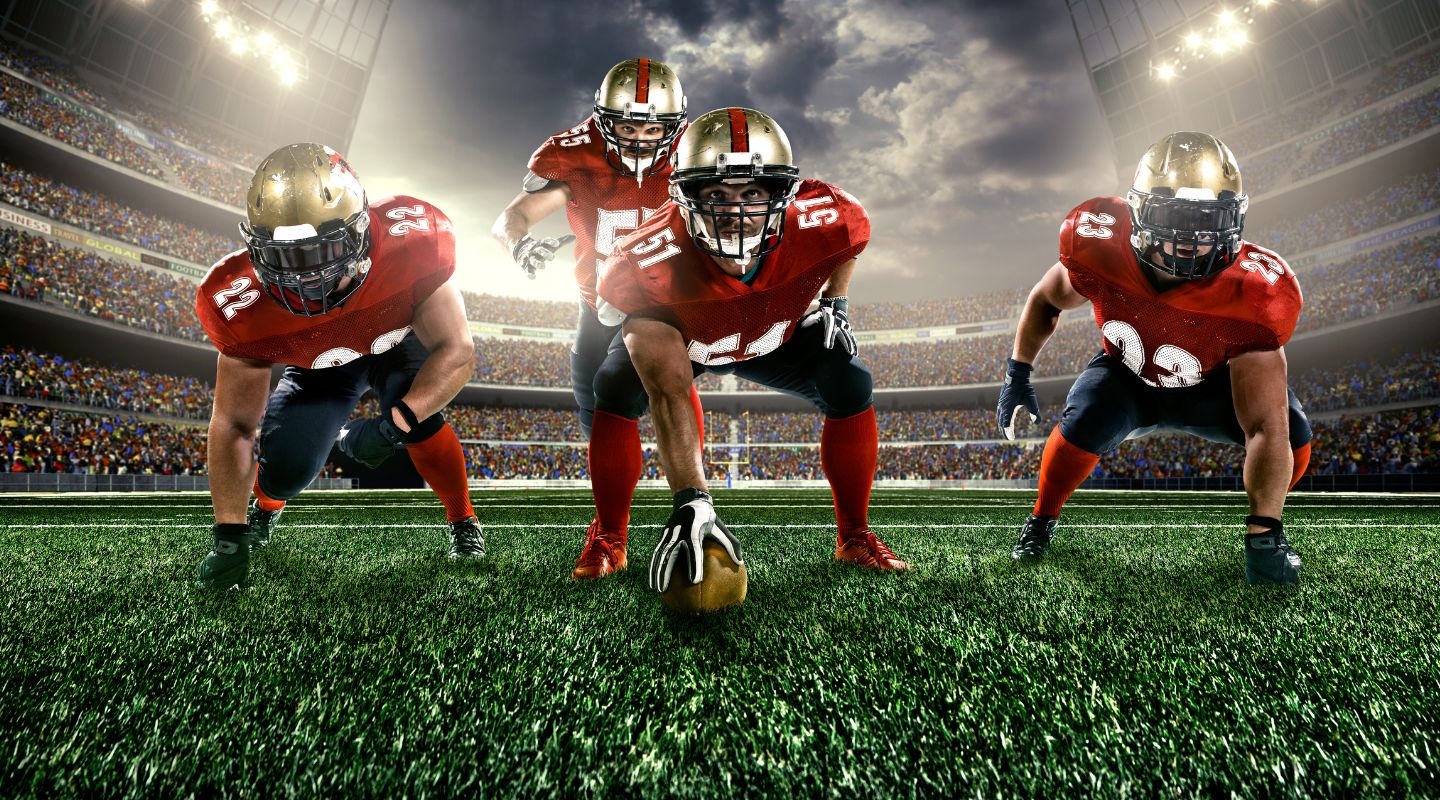 There is no better way for a sports enthusiast to experience New York nightlife than attending a live game. Additionally, there are a ton of sports to pick from.

A few of the sports you might enjoy watching on a weekend in New York are baseball, basketball, american football, and tennis.

Be sure to visit the city during the playing of your preferred sport. This sounds like a fascinating alternative if you're tired of frequenting New York's pubs and clubs. 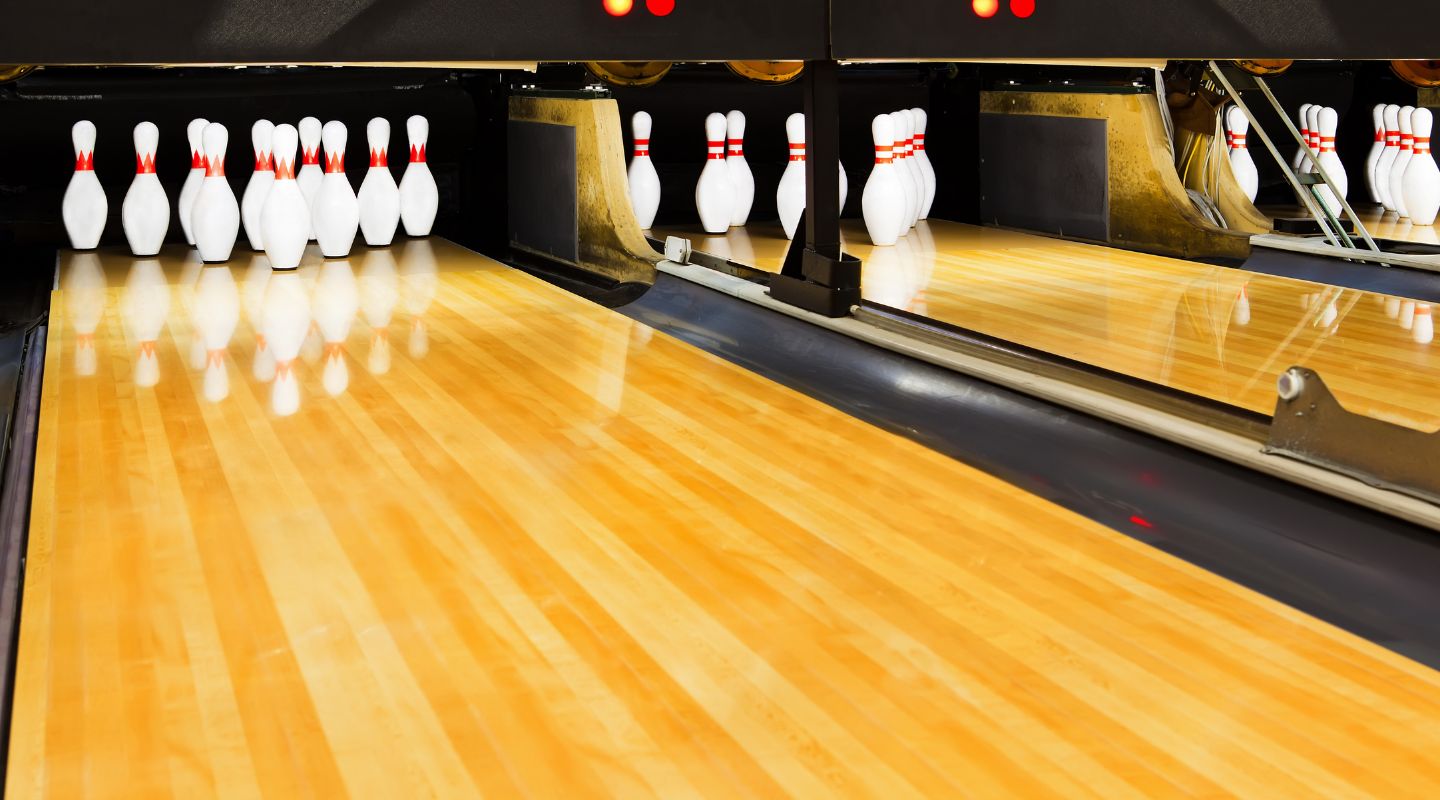 The city's wide selection of bowling alleys is evidence that the proverbial "kid inside of us never dies."

The Whitestone Bowling Alley, which is open 24 hours a d ay and is the most well-known of them all, is likely the only one that is open overnight.

The interior has a retro 1960s feel with minimal decorating and artistic effort. Having fun is the main objective!

They are based in Queens and additionally conduct business events and tournaments. 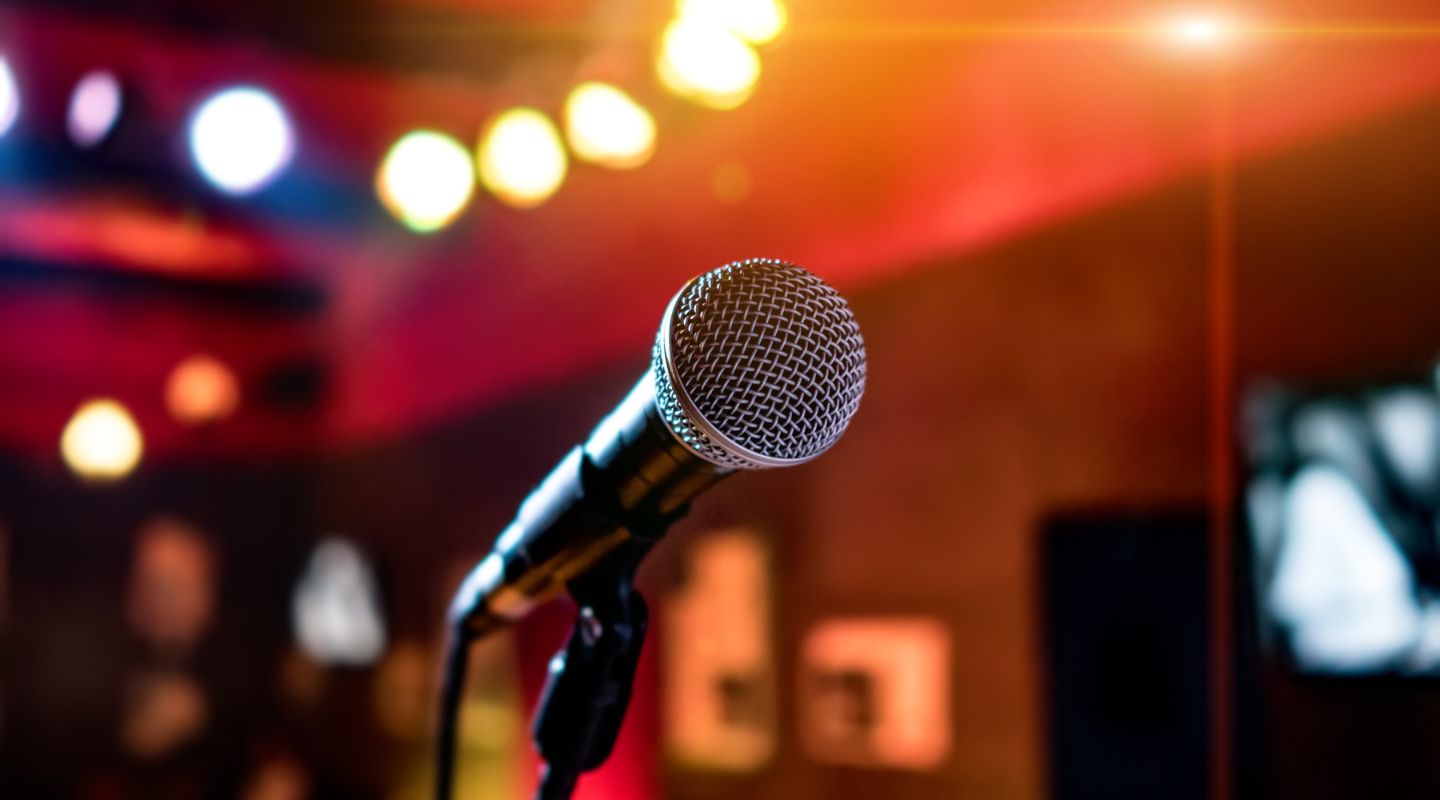 You've undoubtedly visited a few karaoke bars in your life; they are widely available.

However, there are some amazing Korean-style karaoke bars in New York that are rather distinct from the widespread variations we encounter elsewhere.

These pubs are more upscale and have private areas with dim lighting.

Maru Karaoke Lounge's purple and blue lighting, private rooms, and white seating will make you feel as though you've stepped into a future K-pop reality.

Many additional fantastic karaoke venues can be found in Koreatown, including Chorus Karaoke, K-One, and Gagopa Karaoke. 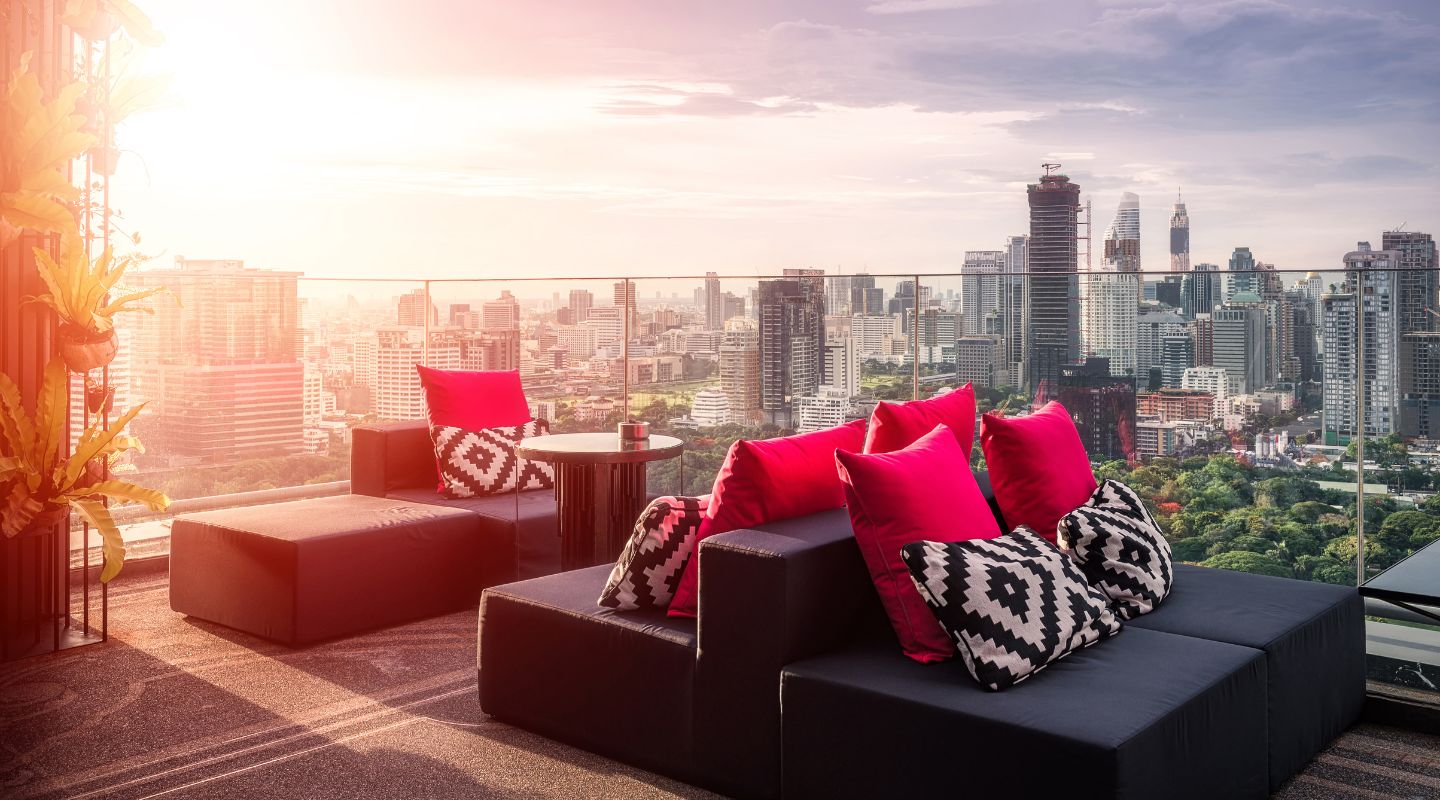 To get a greater view of the city and a picture-perfect alternative for NYC nightlife, you must visit a rooftop while in New York.

Since this city has one of the most iconic skylines in the entire world, it is obvious that some of the city's most exciting events take place at great heights.

One of the most well-known rooftop bars in the city, The Magic Hour at the Moxy Hotel offers a 360-degree view of Times Square.

You can have supper and drinks in this location while being surrounded by pink lighting and exciting acts!

It's hardly surprising that some of the most well-liked hotels in several big cities around the world are getting booked up well in advance for 2022 and 2023 given how many people in the travel business are preparing for the world to open up.

Given that there are numerous reasons to visit New York City year-round, it is not surprising that it appears on many lists of the top 10 cities to visit. 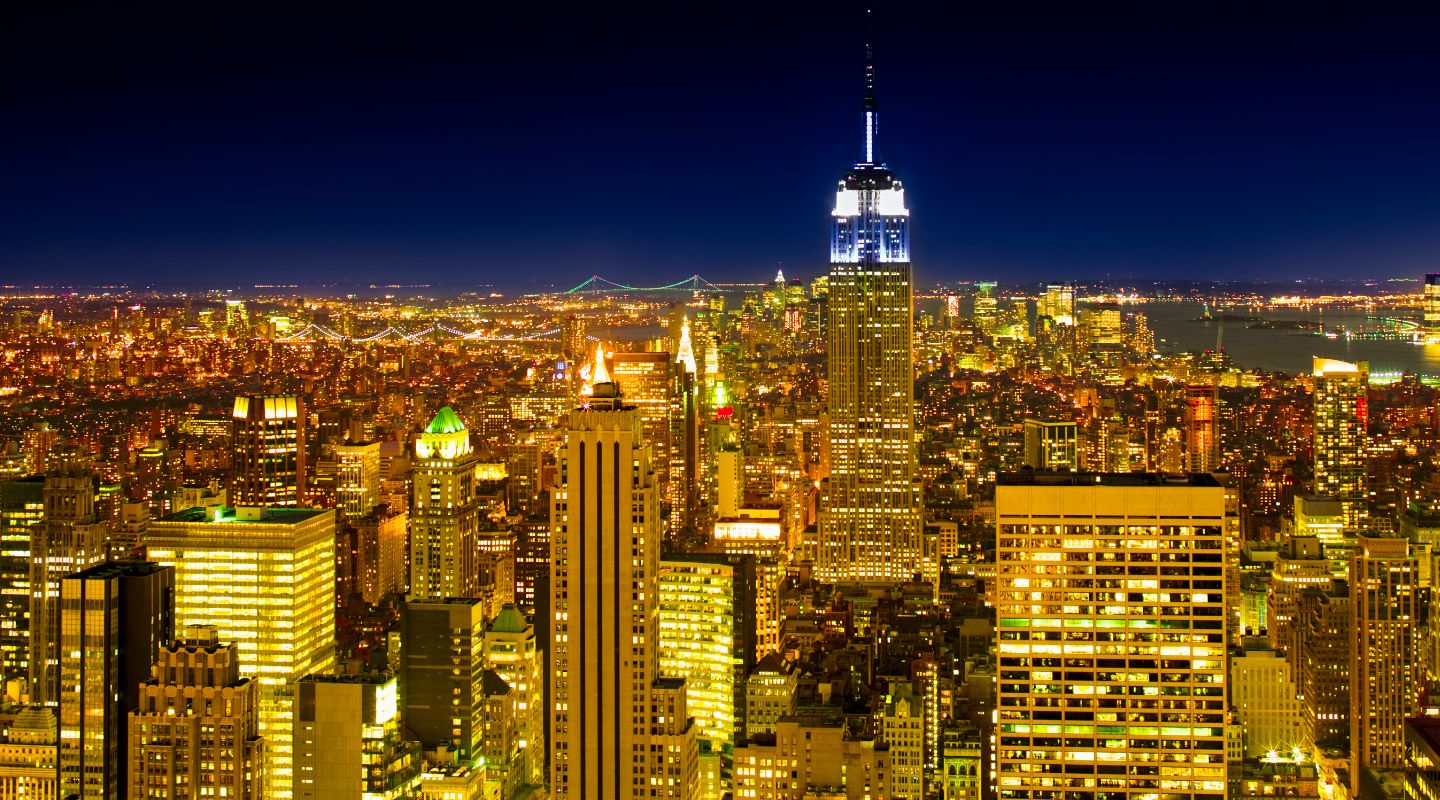 We couldn't possibly fit all the fantastic hotels and accommodations that make up a pleasant journey overseas at one point, but we'll make an effort.

If you're seeking for luxury lodging, there is such a tremendous selection available throughout New York City, from The Plaza and The Standard to Hotel Edison, one of the city's iconic luxury hotels that emanates Jazz Age elegance.

This in addition to The Redbury, a hotel with a rich history of feminism. 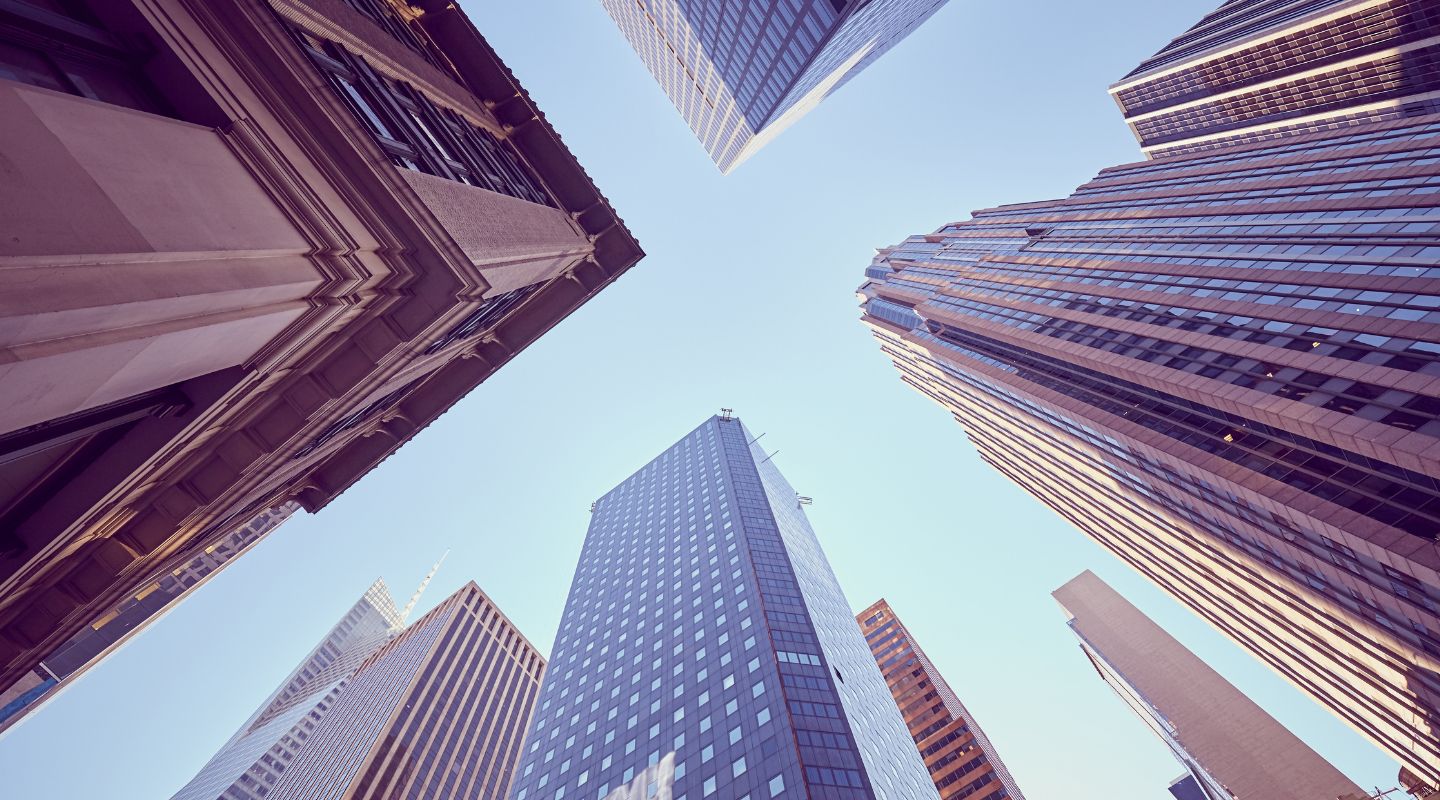 One of the iconic features of New York City that is a genuinely humbling experience is walking through the city to observe all the tall skyscrapers after your trek down Broadway from the Hotel Edison.

The experience of scaling them after that is not for people who are afraid of heights (of course, from the inside). 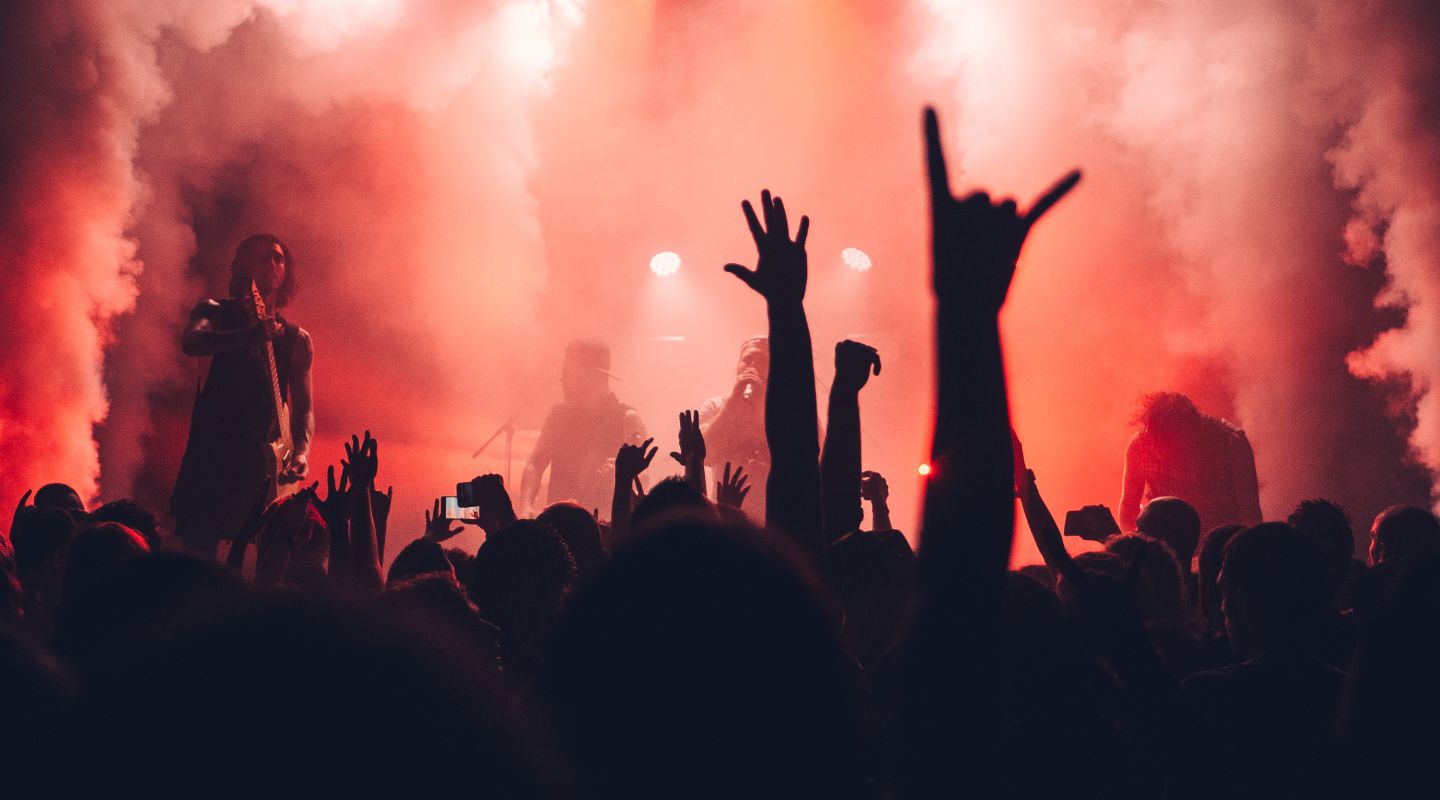 It comes as no surprise that you can discover amazing live music every night of the week in a location as large and prosperous as New York City, and on top of that, you have some of the best sporting events.

This is also not surprising given New York City's reputation for the arts and its professional sports teams.

There isn't a type of gig or concert you won't be able to find in New York City, from huge names to small bands, drag shows, outdoor music, bar music, and more.

You will probably always be close to anything, no matter what neighborhood or borough you are staying in. 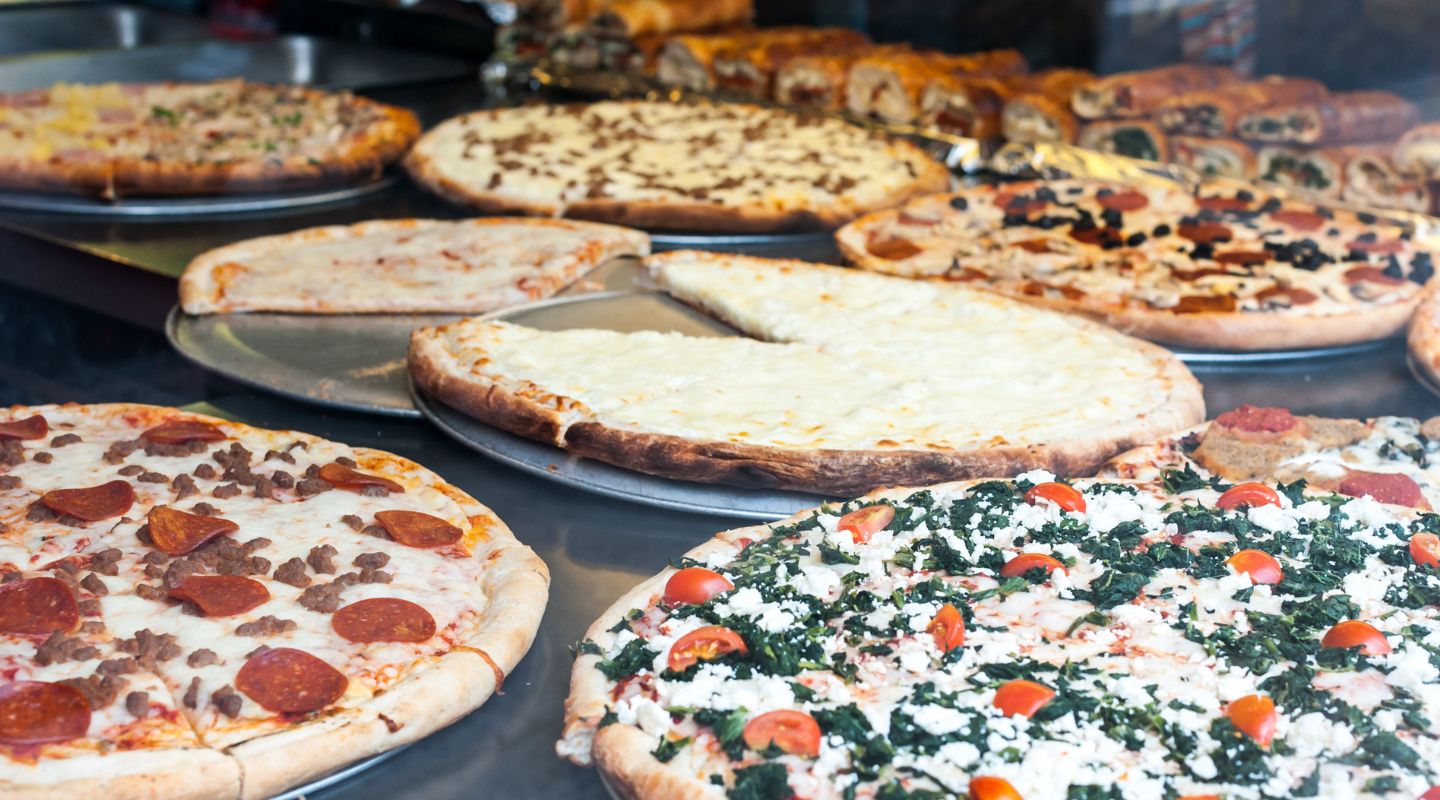 In its fullness, New York is known for one thing above all others: cuisine. This is my personal favorite if you're just looking for one of these justifications to go to New York City. After all, there is a purpose for the New York style pizza.

So from New York pizza to the numerous cafes, trucks, pretzel, hotdog, and burger shops on the high street to the Michelin Star restaurants spread out around the city, including Little Italy and Chinatown.

You'll want to spend your entire holiday tasting foods from all the different boroughs of New York because there is such a wonderful variety of cuisines there.

If you want to travel to New York in 2022 or 2023, we suggest that you make reservations right away and get ready for the world to open up to you.

This is a popular destination for good reason, including the beautiful, high-end hotels, the abundance of nightlife attractions, the various districts, and the hum of city life that is a main attraction of New York City.

Take a look at the list of attractions in NYC below and start planning your trip today!