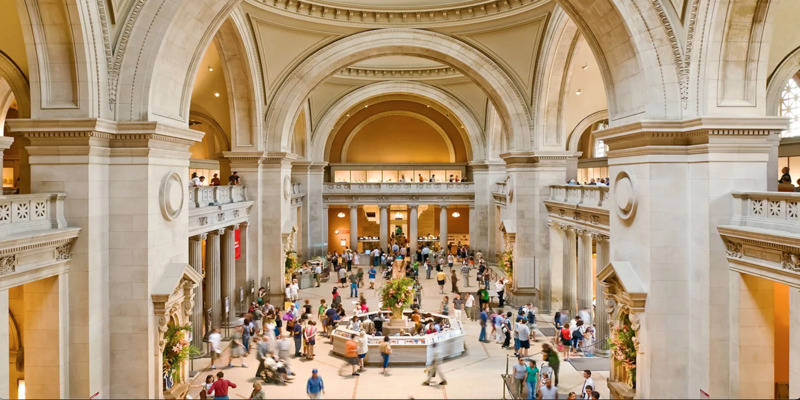 New exhibitions at New York's major museums are offering tourists visiting the city a solid excuse to remain indoors for the entire month of March, with everything from French modern masterworks to a contemporary photography retrospective that is the talk of the town.

A brand-new exhibition at the Metropolitan Museum of Art features works from the ext raordinary collection of American author Gertrude Stein and her brothers, who were all significant early 20th-century patrons of contemporary art in Paris.

The new Cindy Sherman retrospective is one of the most talked-about exhibitions this spring at the Museum of Modern Art. Sherman, who is regarded as one of the most prominent artists working today, takes provocative, unusual, and meaningful photographs.

Sherman has been examining the creation of identity for nearly 40 years. She also serves as her own makeup artist, stylist, and costumer. Her work compels viewers to think about questions of identity, gender, class, and status.

The groundbreaking "Untitled Film Stills" (1977–80), a collection of black-and-white images showing the artist in stereotypical female roles inspired by 1950s and 1960s Hollywood, film noir, and European art-house films, are included in the new MoMA Sherman retrospective, which brings together more than 170 of the artist's photographs.

The Museum of the City of New York recently opened its first-ever exhibition of modern video art, which is a little further uptown. Nine video artworks and three photography projects are on display in the new exhibition "Stories the City Tells Itself: The Video Art and Photography of Neil Goldberg" that explore ordinary events in New York City.

Who knew that short expression of disappointment from just missing your train on the subway could be transformed into a piece of art? However, it works in Goldberg's hands. So, if you need your fill of art, visit a New York museum soon for these amazing new exhibitions while you're there; they're the best of New York City, without a doubt!

You may also like these museums in New York City: