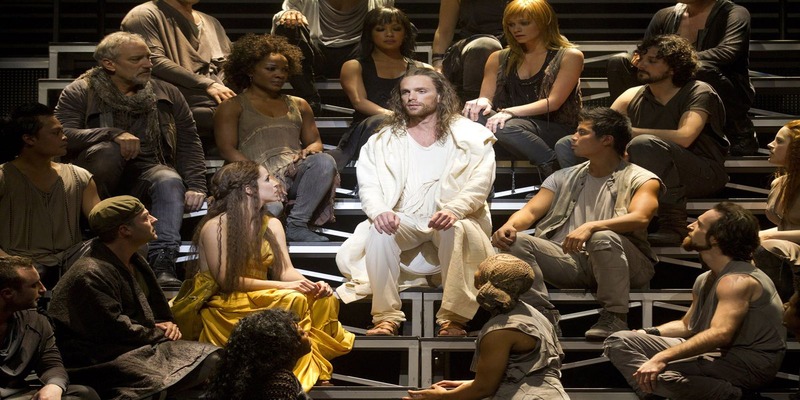 When Jesus Christ Superstar resumes its Broadway r un, there will undoubtedly be some new believers in this timeless rock opera. Because this performance, headed by a cast that Andrew Lloyd Webber, the author of Superstar, has hailed as the best, will have even musical theater apologists praising it!

The two-time Tony Award winner Des McAnuff (Jersey Boys, The Who's Tommy), who has played up the rock roots of this musical about the final days of Jesus' life, his death, and his resurrection, is in charge of directing Jesus Christ Superstar, which features many of the same actors who performed to rousing reviews and packed houses at the Stratford Festival in Ontario last summer.

Grittier and more realistic than prior stagings, this revival is authentically rock n' roll, according to Webber, who co-wrote the music and lyrics for Jesus Christ Superstar with writer Tim Rice in 1969 as a concept album.

"What's the Buzz," "Heaven on Their Minds," and of course "Superstar," sung by Judas and one of the show's hallmark songs, are a few of the show-stopping songs Superstar is best known for.

Don't miss the chance to see your favorite artists live! Check out the list of shows and events in NYC below and get your tickets now.