The best way to visit all of New York's tourist attractions is via bus.

All the major attractions are accessible by bus tours, which also give you time to explore alone

Times Square, the Statue of Liberty, and more will be on display for you to see!

Want to explore all that New York City has to offer but are short on time?

A visitor's best friend is on a bus tour of New York City.

While you could take it easy on a strolling tour or munch your way through NYC on a food tour, taking one of these fantastic NYC bus tours will allow you to see more places in less time. 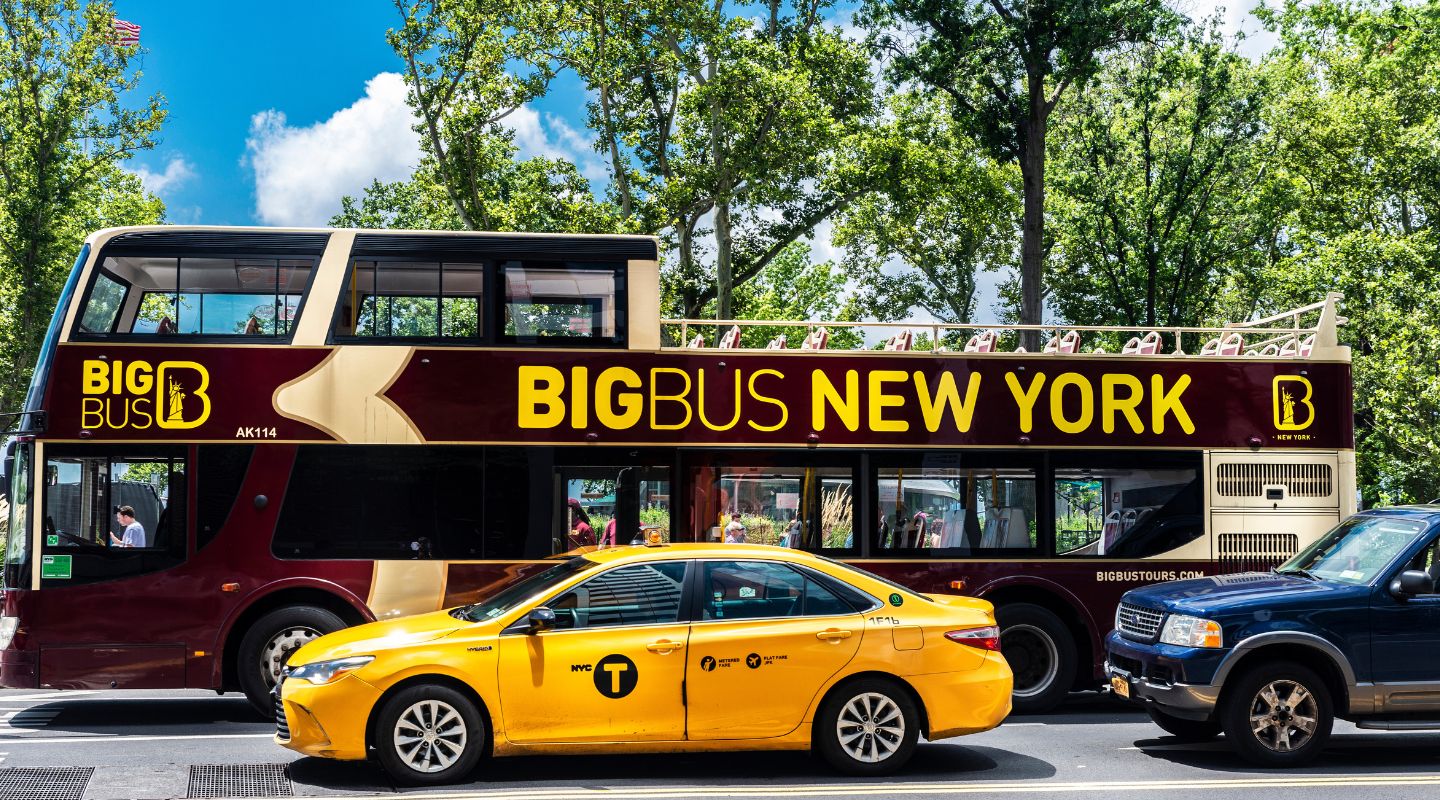 Despite the fact that bus tours guarantee simple transit throughout the city, keep in mind that all bus tours are impacted by NYC traffic, so they are not always the fastest!

The top bus tours available to you are listed below:

Visiting the great city of New York for the first time?

You can design your own route for this thorough, fully narrated tour of more than 30 attractions, boarding and departing whenever is most convenient for you.

The tour starts at Times Square, where vouchers can be redeemed.

Consider this your ticket to exploring the best parts of this interesting city. Enjoy!

Do you dislike taking double-decker bus tours? With this exciting part-show, part-city tour, boost the ante on your bus excursion.

It is, indeed, as crazy but clever as it sounds. The $1.5 million bus features stadium seating with outward facing seats and floor to ceiling glass windows.

The bus, which is billed as a "moving theater," has a distinctive design that enables passengers to engage with street performers and take pictures of popular sights while traveling 75 minutes.

It only makes sense to see New York at night if it truly is the city that never sleeps.

This tour departs on the west side of Manhattan and proceeds past well-known landmarks like Chinatown, Times Square, and the Empire State Building.

To get sweeping views of the Manhattan cityscape, the bus finally crosses the Brooklyn Bridge, and boy are they as beautiful as advertised.

Here in New York City, hip-hop was developed. Visit Manhattan, Harlem, and the Bronx on this bus tour to learn about the musical genre's beginnings.

The tour, led by a grandmaster, begins at the site of Manhattan's first hip-hop party before moving uptown to storied locations like the Apollo Theater, the Graffiti Hall of Fame, and Rucker Park.

You'll even pick up some freestyle moves! You'll also get the opportunity to spit your own hot 16 if you're feeling creative.

Also available are combo packages. You have probably seen CitySightseeing's red double-decker buses in other cities because, like Big Bus, it is a multinational corporation.

Hush Hip Hop Tours has the ideal tour for aficionados of the genre, whether you're wanting to bust a dance or a rhyme.

They make the claim to be the only hip-hop tour organization in the world with DJs, professional breakdancers, and hip-hop pioneers leading their tours

Some of the individuals who contributed to the movement's success will describe how this art form came to be in the streets of New York City as you journey from place to place.

You can travel with them to Brooklyn, the Bronx, and Harlem.

Should You Take A Bus Tour Of New York City? 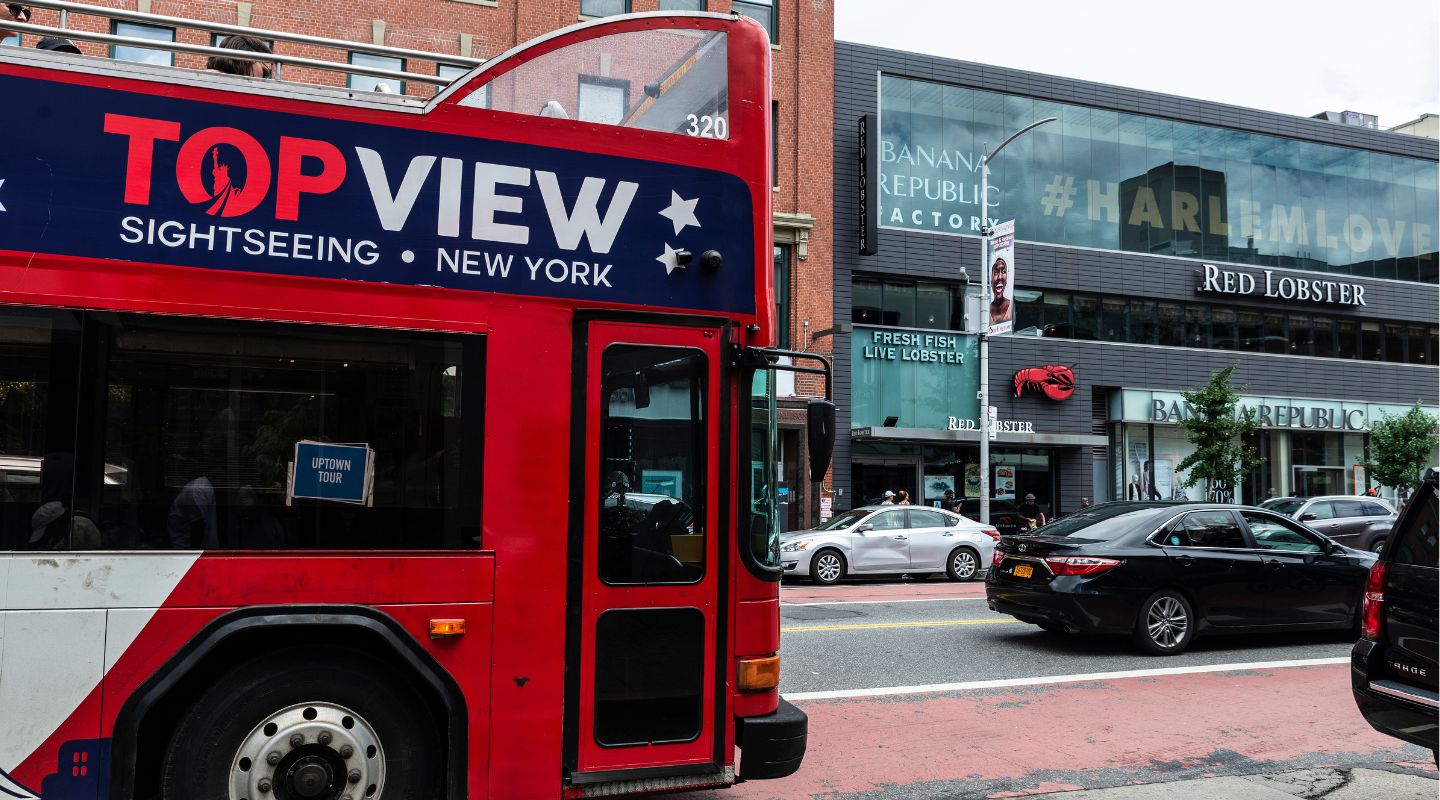 While traveling in a group is more likely to make your trip more planned and instructive, traveling alone can be fairly boring and frustrating.

The best method to plan your vacation is to take organized bus trips.

The fact that you don't have to drive yourself is one of the best things about bus excursions.

When you are not concerned about traffic, pedestrians, traffic signals, etc., it is much simpler to glance around and enjoy the landscape.

As the skilled drivers take you to all the designated locations, you can simply sit back, unwind, and enjoy the ride.

You will be traveling among others who share your interests when you take a bus in a group.

This will provide you the opportunity to make new friends and tell stories to them on the bus. Who knows, you might even make new pals for life.

They work hard to make sure that the tourists are comfortable during the entire tour. They might have their own televisions and air-conditioned buses.

The seats are comfortable and designed to put you at ease. You can soon lose track of the fact that you're riding a bus because they are so cozy! 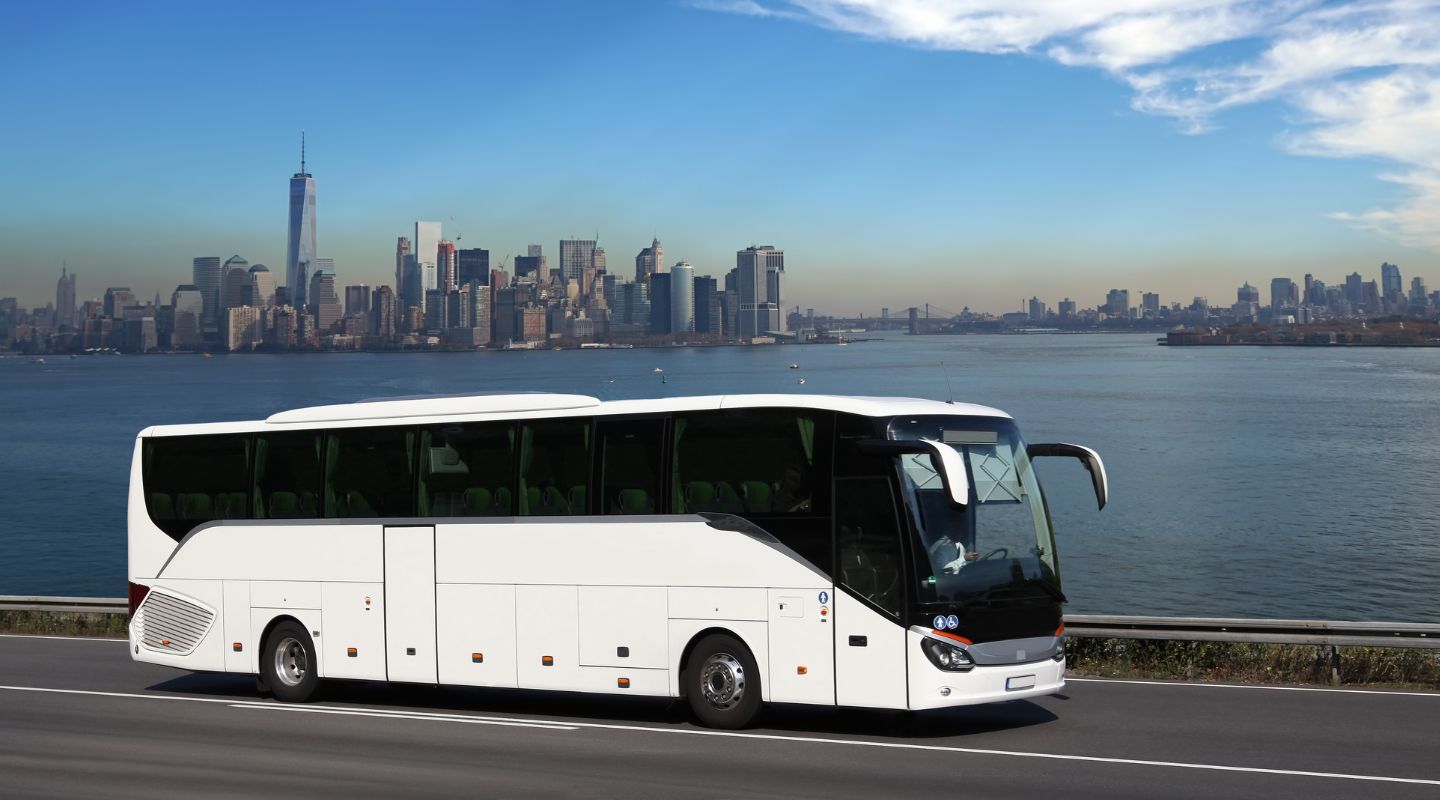 If you're considering a trip to New York City this summer, prepare ready for the experience of a lifetime! bus tours to nyc However, it's crucial to take your time while organizing so that you and your friends may have the stress-free vacation you all deserve.

Here are some reasons for you and your pals to forgo driving to New York City in favor of taking expert bus excursions instead.

The least car-friendly city in the nation is New York City. You'll spend one to two hours just attempting to handle city traffic because you'll be joining the millions of visitors that also travel to NYC throughout the summer.

You will surely become snarled up in the gridlock that is New York City traffic, whether you choose to take the bridge or the tunnel.

Additionally, it will be challenging to find places to park your car without receiving a ticket or paying outrageous parking garage prices.

You can travel stress-free to the city with NYC bus tours, then use the subway, ride-sharing services, or taxis to explore the city.

In addition, compared to all other vehicles, charter motor coaches generate the least CO2 per passenger mile. Your car won't be as effective as a professional charter bus, even if it gets outstanding gas mileage

You can take a stress-free city tour - Although it is normally more convenient to have your own car in a strange city, this is not the case when visiting New York City.

You may feel crowded during the actual drive, depending on how many people you're traveling with.

Let your charter bus driver handle the difficulties of the road, such as risky drivers, traffic congestion, and high gas prices. Just relax and take in the scenery as you go to NYC.

You can take a bigger group of people - The most passengers you might transport in a sedan is three, four, or possibly five.

That isn't nearly as enjoyable as taking a trip with ten or twelve of your closest friends.

Instead of taking a couple vehicles or cramming everyone in for the most unpleasant travel ever, you'll all have a pleasure exploring NYC as you ride down in style.

Don't sabotage your journey before you even get there. Instead of driving oneself to NYC, think about booking professional bus tours to NYC.