Busy on Broadway: End of the Rainbow 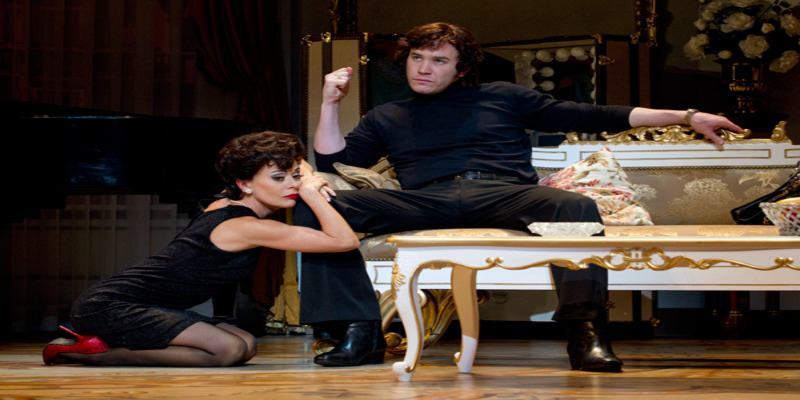 The End of the Rainbow, a brand-new Broa dway musical, is a rare breed these days.

The End of the Rainbow is an original musical drama by British playwright Peter Quilter; unlike most productions on New York City's Great White Way nowadays, it is neither a revival nor is it based on a movie.

However, that doesn't imply that you are unaware of the narrative or the songs.

The End of the Rainbow, which is based on the final year of Hollywood actress Judy Garland's tumultuous life, is as tragic as the well-known songs Garland sang were uplifting.

British actress Tracie Bennett, who previously played the title role and was nominated for an Olivier Award, brings to life many of Garland's most well-known songs, including "The Man That Got Away," "The Trolley Song," and, of course, "Somewhere Over the Rainbow." During her West End run as Garland, Bennett was hailed for giving "the performance of a lifetime."

While newcomer Tom Pelphrey (an Emmy Award winner you may recognize from the soap operas "As the World Turns" and "Guiding Light") plays her young new fiance, Mickey Deans, Broadway veteran Michael Cumpsty joins Bennett on stage as Garland's dependable pianist. Terry Johnson, a Tony Award winner, is the director of The End of the Rainbow (La Cage aux Folles).

Don't miss out on the best shows and events in NYC! Check out our list of upcoming events below to find something that interests you. We know you'll have a blast!