Alan Rickman in Seminar on Broadway 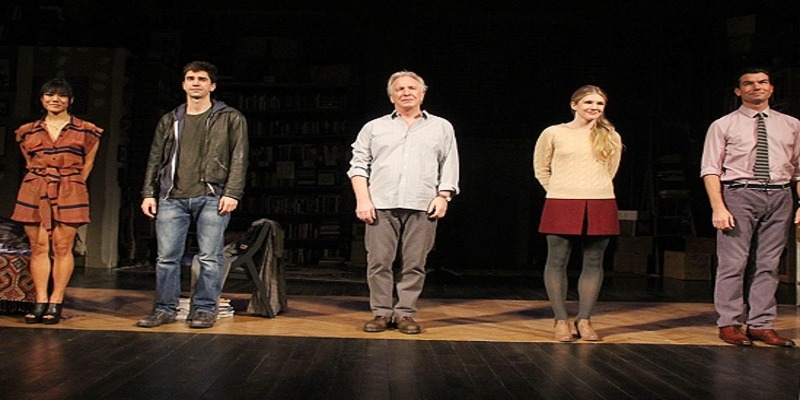 If you aren't familiar with the author of the brand-new Broadway show Seminar , you soon will be.

Because Theresa Rebeck isn't just being praised for the darkly humorous film Seminar, which follows a group of wannabe writers as they endure the oppressive instruction of an author-turned-teacher played by Alan Rickman.

Additionally premiering on NBC this week is her eagerly anticipated TV series Smash. It is based on a group of writers who are working on a new musical about Marilyn Monroe and is set on Broadway.

Like Smash, Seminar flies on its humor and a wink that can only come from a true insider. It also pulls back the curtain on a world that most viewers are curious about but would recoil in their seats if forced to experience it in person.

The once-friendly writing community in Seminar devolves into chaos as Rickman's instructor, who spews criticism as venomous as Simon Cowell, tries to crush the egos of the four aspiring novelists who enrolled in his private class.

The British actor Alan Rickman has a lengthy experience on stage and was most recently seen on Broadway in Private Lives, despite being most known for his role as Severus Snape (another arrogant teacher!) in the Harry Potter films.

But he's not the only playwright who shines in this production, and you'll spot a few other well-known names cringing under the criticism in Seminar's writer's circle: Tony-nominee Lily Rabe, who most recently played Portia in Shakespeare in the Park's production of The Merchant of Venice; Drama Desk nominee Hamish Linklater, who you might recognize as Matthew from The New Adventures of Old; and longtime TV and film actor Jerry O'Connell,

Looking for more great shows and events in NYC? Look no further! Check out our list of performances below.