Check out our detailed guide of the best art & music tours in New York City. Allow us to help you book a fun tour for the whole family to enjoy. 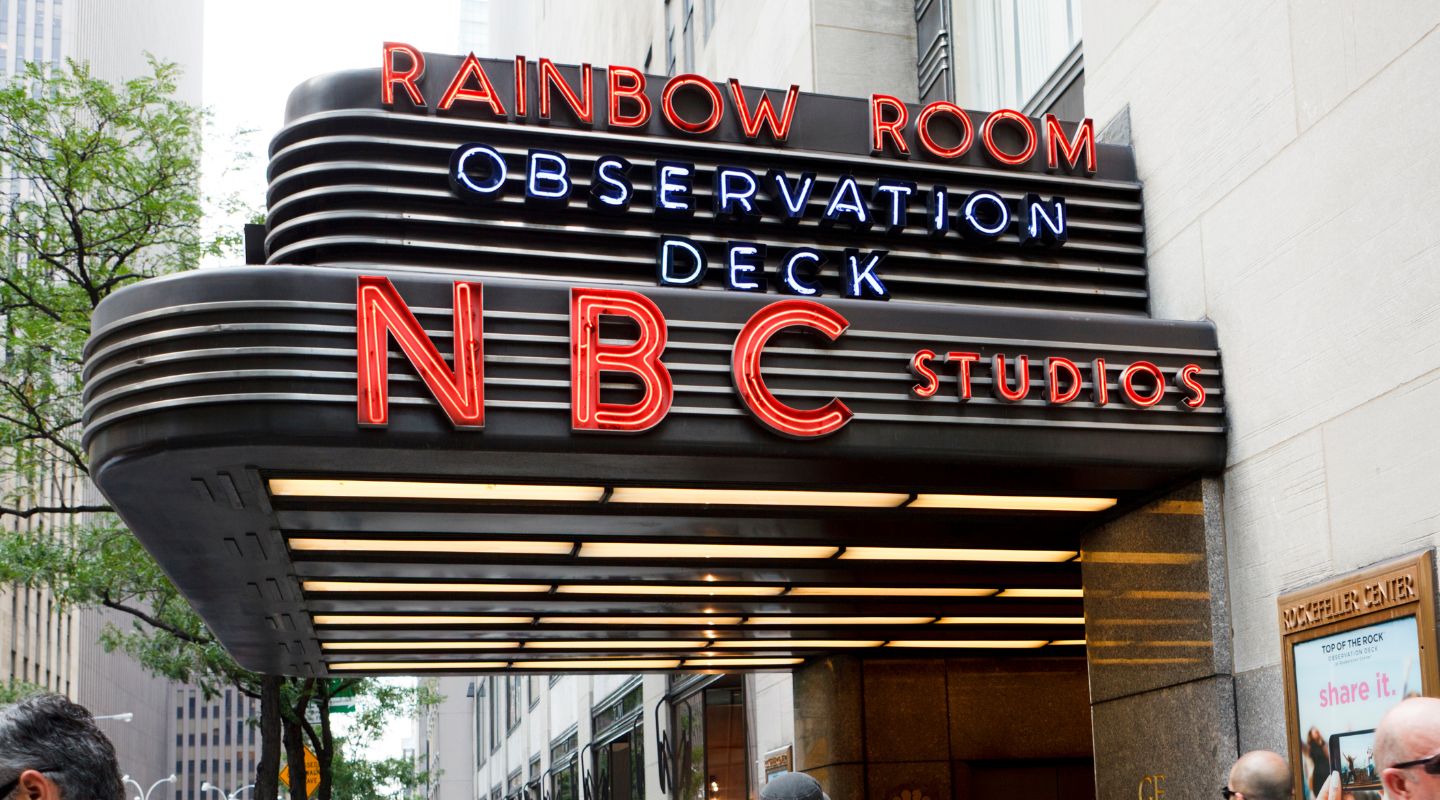 The NBC Studio Tour is an excellent possibility to head behind the curtain and behind-the-scenes of NBC’s maximum well-known studios and famous TV shows.

BEST KNOWN FOR: "A Backstage Peek at Some of the Most Famous NBC Studios!"

Since its inception in 1933, the NBC Studio Tour has provided an amazing journey through the halls and studios of 30 Rockefeller Plaza, the storied location of NBC's New York operations.

An official NBC page will welcome you to the studio and lead you around the Peacock Network's universe during the behind-the-scenes tour.

The one-hour and ten-minute tour includes stops at the NBC Sharp Globe Theater, Broadcast Operations, the Make-up Room, and an exclusive opportunity to see the studio sets where shows like Saturday Night Live, The Today Show, and NBC Nightly News with Brian Williams are shot. NBC was founded in 1926.

In the High Definition Mini-Control Studio, you may even create your own news and weather program! Who knows, perhaps throughout the tour you'll run into Jimmy Fallon! 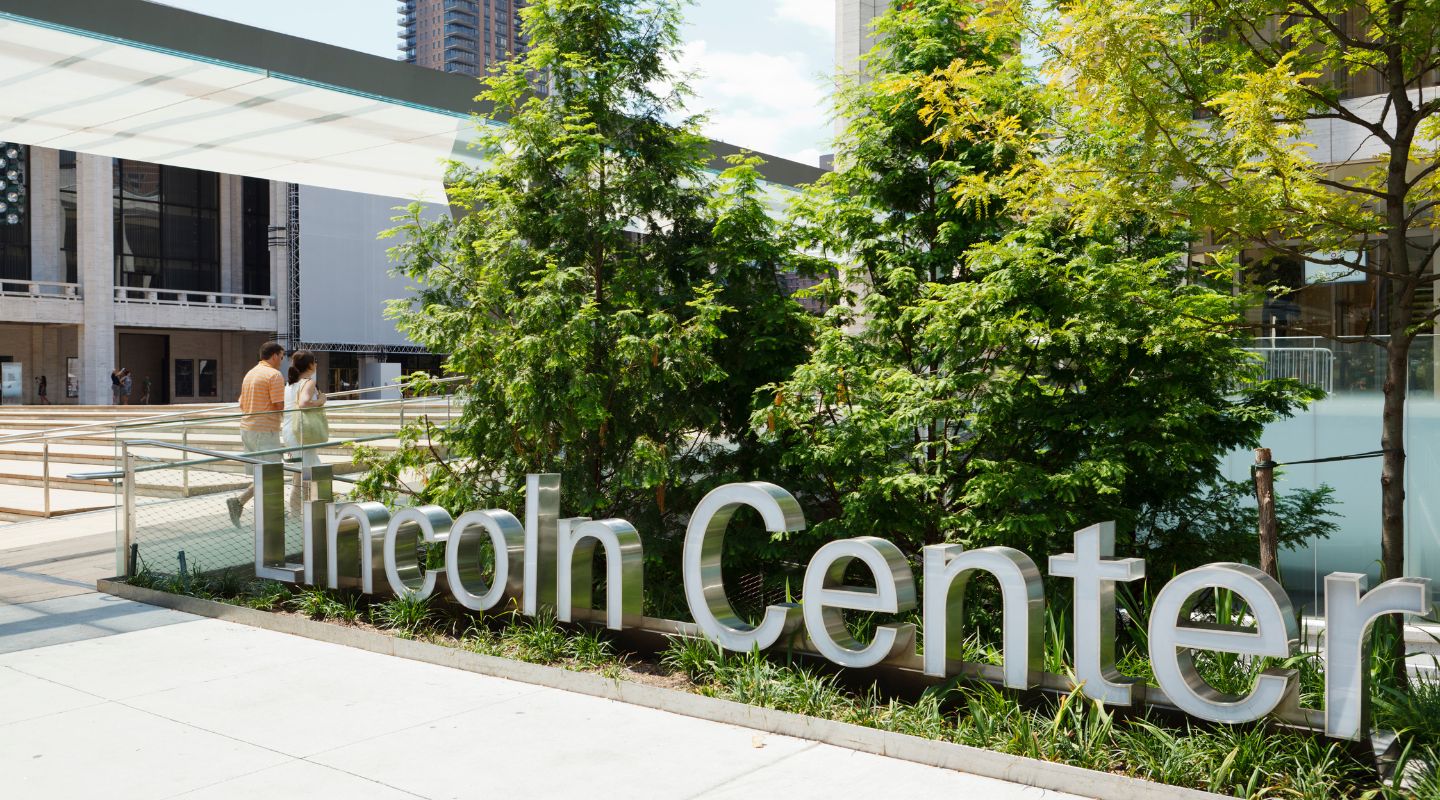 Millions of people visit New York City's Lincoln Center , which is thought to be among the best performing arts venues in the world. It is a 16+ acre complex.

Numerous other fine arts events take place there, and classical, jazz, and opera music can frequently be heard there.

BEST KNOWN FOR: "Lincoln Center is a 16-plus Acre Complex in New York City Where Millions of Visitors Come Every Year!"

With Lincoln Center Tours, discover a haven of inspiration and culture at one of the best performing arts venues in the world, New York City's Lincoln Center.

You may see one of New York City's top theater locations with Lincoln Center Tours. 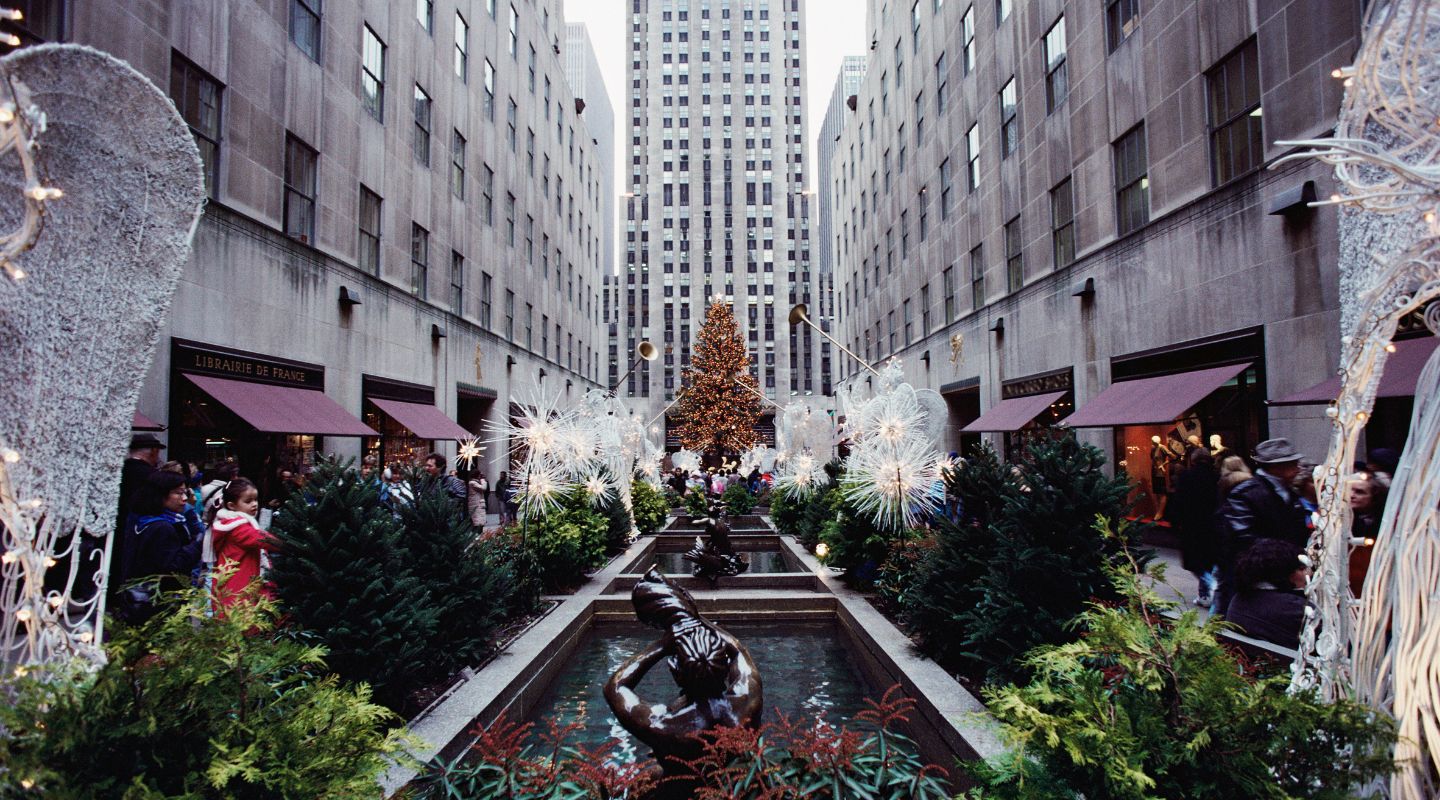 The renowned Rockefeller Center in New York offers so much more than just a stunning vista. The 19-building complex is one of the city's finest attractions and a spectacular example of Art Deco architecture.

It also houses a superb collection of contemporary American art. To find out more about this important landmark, schedule a visit!

BEST KNOWN FOR: "Amazing Art and Architecture by Some of the Finest American Artists of the 20th Century!"

There is no other building in New York City like Rockefeller Center. While Top of the Rock is renowned for its beautiful views of Manhattan from above, it would be a shame to skip all the stunning works of American art created before World War I on your way up.

Book a tour of Rockefeller Center to discover more about the fascinating past of this cherished monument, which John D. Rockefeller Jr. originally intended to serve as the city's premier cultural hub more than 80 years ago. 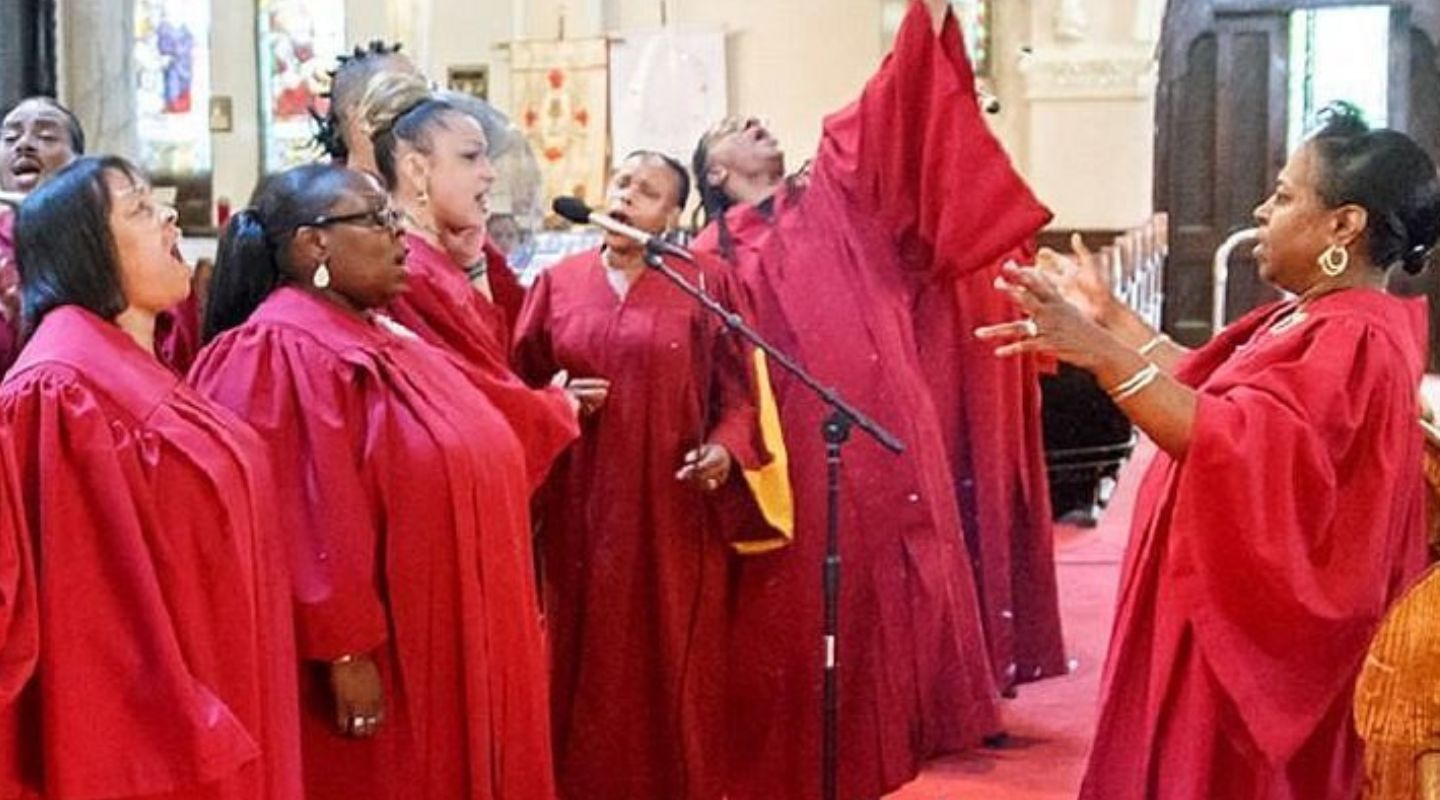 Experience the power of gospel music while learning about the history and culture of Harlem for a wonderful Sunday trip that the whole family will love.

BEST KNOWN FOR: "A Perfect Sunday Outing of Music and Culture!"

In the heart of historic Harlem, let the beauty of gospel music nourish your spirit.

The Harlem Gospel Tour is a fantastic experience for all tourists visiting New York City; it includes a tour of the neighborhood's gorgeous homes and historic sites, then admission to a worship session where you can hear real gospel music.

What a fantastic chance this is! Go attend a local church's Sunday service, filled with enough upbeat gospel music to keep you smiling the entire while you're in New York City!

Your knowledgeable guide will share fascinating information about Harlem's fascinating history and cultural significance, including the 1920s and 1930s Harlem Renaissance, throughout the 4-hour tour of the neighborhood.

While doing so, you will stop by well-known Harlem landmarks as Columbia University, Strivers Row, the Abyssinian Baptist Church, Morning Side Heights, the Cotton Club, the Apollo Theater, Sugar Hill, Duke Ellington's apartment, and the illustrious 125th street.

The Harlem Gospel tour is available on Wednesdays as well, in addition to every Sunday! It's a fantastic way to spend a Sunday morning while learning about Harlem's history and current state of gospel music. 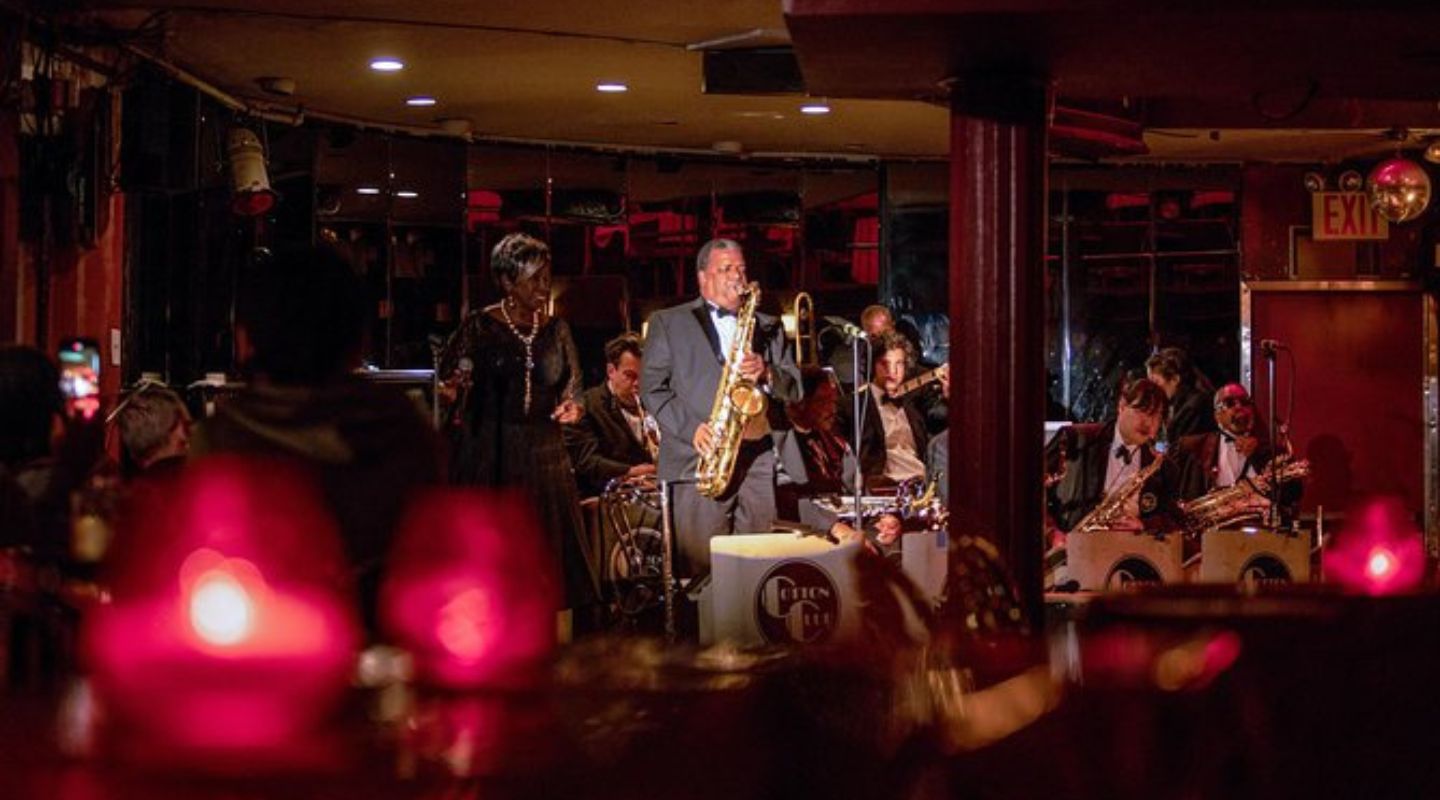 Enjoy a delicious meal at one of the most renowned soul food restaurants in the city while listening to jazz music on a night out in Harlem. This is a terrific opportunity to learn about the neighborhood's long history with jazz.

A night of soul cuisine and jazz music is one of the best things you can do on your next vacation to New York City. But fun, terrific music, and delectable food are exactly what the Harlem Soul Food & Jazz Tour is all about!

A knowledgeable tour guide will accompany you on your journey through Harlem and provide information on the connection between the renowned neighborhood and the development of jazz music.

Prepare to swing by the renowned Cotton Club, a nightclub that has hosted many of the greatest jazz musicians, including Duke Ellington, Ella Fitzgerald, Dizzy Gillespie, and Louis Armstrong, since it debuted in the 1920s.

The Savoy Ballroom is another notable venue, where jazz legends like Benny Goodman, Count Basie, and Chick Webb competed in battles of the bands and popularized dances like the Charleston and the Lindy Hop.

But in Harlem, the pleasure never ends! Discover the famed Apollo Theater, which has hosted performances by legendary artists including Sarah Vaughan, Ella Fitzgerald, Stevie Wonder, Aretha Franklin, and James Brown over the years.

Anyone will be hungry after learning about the history of jazz and touring Harlem, which calls for dinner at Sylvia's Restaurant.

Get ready for a fantastic culinary experience—Sylvia Woods is hailed as "The Queen of Soul Food"—so get ready to indulge!

Prepare yourself for authentic African American cuisine that will blow your mind, including southern fried chicken, (renowned) bar-b-que ribs, and stewed turkey wings.

On Mondays, Thursdays, and Saturdays, the tour is offered. On Monday, there will be big band swing dancing and free dance instruction! In one of Harlem's premier clubs, take in a jazz or R&B ensemble on Thursdays and Saturdays.

A behind-the-scenes glimpse at one of the most well-known entertainment venues in the world, replete with its Great Stage, art-deco architecture, ornate interiors, and fascinating history.

BEST KNOWN FOR: "An inside look at one of the world's most famous entertainment and performance venues!"

It is known as the Showplace of the Nation for a reason; as the center of entertainment in the nation, it draws the most well-known acts and global sensations. It's where more than 300-million people have flocked to be entertained.

Learn about the stage's complex layout, which is a full city block wide. View the Wurlitzer Organ and vintage Art Deco furnishings in the Music Hall.

The Music Hall is a truly enormous facility and a glitzy representation of New York City's greatness and prestige.